In Part 1 of our series, “How to Talk to Your Left-Leaning Mates About…”, we tackle the economy. Any good conservative knows the importance of the economy. Bad economic policies and ideology result in complete societal collapse. Money, goods and services become scarce or non-existent and lots of people (the poorest especially) die as a result.

So what is the conservative position on the Economy?

Broadly speaking, conservatives advocate free market capitalism. This is rooted in one of the absolute fundamentals of conservatism, small government. 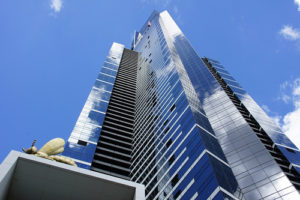 The more money a government collects and spends, the bigger and more powerful it becomes. Conservatives, however, believe that the best, most reliable and most sustainable way to provide goods and services for people is through free market capitalism. You should never hear the phrase “and government will invest in new jobs” from a conservative; it’s the complete antithesis of conservatism. Jobs, goods and services should come from the private sector. The government’s role is to reasonably stay out the way and not place unnecessary burdens on business. The reason we believe this is because it’s true. Countries that embrace free market principals have maintained prosperity (Scandinavian countries, the U.S.), whereas countries that have total government control or have cultures that rely on government for goods and services are prone to poverty and collapse (Chile, Greece, North Korea, China).

When discussing economics from a conservative perspective, these assumptions will be made about you:
– You are stupid
– You hate poor people
– You think people deserve to starve to death or die because they can’t receive medical care
– You think rich people and big business should be our kings and rulers

As a result, we have to be very careful how we approach discussing these issues if we want to change people’s perceptions of us.

Responding to arguments from the left

Here is a list of common accusations or talking points that will be thrown your way and how to answer them in a constructive way.

The Response – the rich do pay their fair share. 50% of all income tax is paid by 10% of income earners. Does that sound fair? You actually pay less than your fair share – are you offering to pay more? The rich also use less government services than low income earners. So they pay into a system they themselves don’t use, for the benefit of others. Some people will always have more, some people will always have less. Let’s be thankful in this country we have the opportunity to make more for ourselves. Let’s focus on pulling everyone up, not pulling a select group down.

“How can a CEO have a smaller tax rate than their cleaner?”

The Response – even at a smaller rate, the CEO pays more tax. A percentage without proper context is meaningless. The reason is, CEOs generally get paid from a return on stocks in the company, not a wage. Stocks are investments. For societies to survive, we need to encourage private investment; we do that by having a smaller tax rate applied to those earnings. When private investment is encouraged, people get jobs, businesses are created and innovation and efficiency is improved. For a government to invest, they first have to confiscate money from something that is profitable and then put it into something that isn’t. If the CEO didn’t invest that money, people would lose their jobs and then go on welfare. We should all be investing, even if it’s a small amount.

“We should tax businesses more on their profits. All businesses care about are profits.”

A business makes its profits by providing better and cheaper goods and services to its customers. If you are not happy as a customer, you can choose to take your business elsewhere. So the company with the biggest profit has done the best job of providing for their customers’ needs. As long as they do it legally, of course – no-one is advocating for business to lie, cheat, steal or rip their customers off.

Taxing a business’ profits sounds good in theory, but the result is that businesses just raise their prices to account for it and adjust. Whenever prices go up, even by a small amount, it actually affects low income earners the most. So all that happens when you tax profits is that low income earners have to pay more for their groceries and power bills. I don’t want them to suffer any more than they already do.

“You want to cut welfare spending? Or make it harder for people to get? You hate poor people!!!”

It’s not that we want to cut welfare spending, it’s that we need to. It’s current rate is completely unsustainable, and with an aging population it’s only going to get worse. We don’t want to wind up like Greece, who let their debt get completely out of hand to the point where the government couldn’t pay for ANYTHING.

Let’s be very clear about what welfare is supposed to be for. Welfare is supposed to be for the people who cannot, not people that don’t want to. In Australia we have a big budgetary burden; people rely on the Government too much. I’m not talking about the poorest of the poor. I’m talking about the people who can afford private health insurance but who chose not to pay for it. Actually clogging the system for the people who cannot afford it. We have people whom, if they can’t find work in the field they want, they don’t work. Or people who have decided to give up on looking for work all together, you know they aren’t considered “unemployed.” That’s why we actually need to have tighter restrictions on welfare, so it can be provided for people who actually need it.

Do you have a left-wing argument or talking point you’d like a solid rebuttal for? Leave it in the comments and I’ll answer it in the next column.

In Part 2, we discuss immigration and refugees.