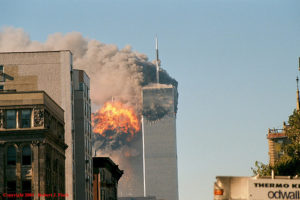 Safe to say, since September 11, 2001, there has been an air of conflict and adversity around the globe. After the New York and Pentagon attacks (as well as the intended Washington attack), what we heard in the media was of large scale attacks, designed to destabilise our way of thinking and daily life in the West.

Nations entered Iraq, the Ghan, and other Middle Eastern countries in retaliation to the attacks (even though they were under a different proviso). I find this, however, has lead to even more unrest in the backwards, barbaric region of the world than before forces engaged. The supply of arms from the US to Syrian rebels has now lead to a militia force that has run rampant in the Middle East – ISIS.

I, for one, never believe that the acts of our forces are done in vain, and I believe that those who lost their lives still did it in the best interest of us as Australians and for a better world. The old adage, “it’s darkest before dawn,” is not just to do with the time of day but in life.

Dawn is about to break, but before it does the darkness of Islam is going to hit, and it’s going to hit hard. Right now we have a resurgence of right-wing politics, due to the freedoms of proper peace-loving people being oppressed by a holier-than-thou crusade by the extreme left, and those of Islamic belief who will not rest until all the freedoms we enjoy are removed and the globe is a cesspool of violence, barbarism, and depravity.

This uprising of conservativism is building momentum globally. Brexit, Aus/pol, Trump, and next year there are strong contenders for the French presidency from the right side of the political line. One of whom is pushing for a French exit from the EU. Let’s call it, “Get FRout!”

The left don’t like this; they want everything to be eroded and civilisation destroyed, all because of some misguided sense of superiority and elitism. Muslims don’t like this because suddenly they won’t have free reign to terrorise and rape innocents. They will finally start being held accountable for their foul actions and even contained to their own sandpit.

Before I continue, I would first like to say that yes, not all Muslims are terrorists, nor terrible people. They, like us, are human with differing opinions… however, the Muslims I do know think that the Koran needs to be reformed, and that it is out of date. These are good humans, but terrible Muslims – they were concerned about opening up such an admission, let alone to a Christian. In this world, you can be a good Muslim but a terrible human, or a good human and a terrible Muslim – there is no middle ground.

The world is now at war – with all the attacks that have been happening, from the small-scale attacks to the larger, devastating attacks, Islam has declared war against the rest of the world. It’s just the rest of the world doesn’t know it. The political left, who pander to any whim other than those they are said to represent, are backing the people who are out to destroy them… the level of denial is astonishing! How does such a large group of people become so ignorant to their own mortality?

Because the sympathisers to Islamic infestation and dominance are starting to lose where it matters, there will be an uprising in violence. From the left, who seem to be used to getting what they want and throwing tantrums when they don’t (just look at Trump’s victory), and from Islam because they know they will no longer have an easy task of destroying us.

The next five years, as conservatives come into power and implement policies to protect their people, are going to get very dark indeed as the ramifications will shed blood. I can only hope that I am wrong. 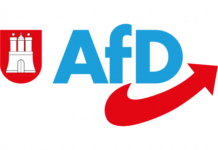