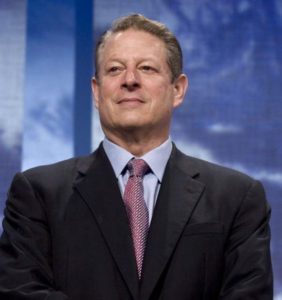 In spite of the fact that it undoubtedly has positive benefits, organised religion can sadly become one of the biggest moneymaking rackets in existence. Televangelist Jimmy Baker is one of the most shifty false prophets Christianity has ever seen, and still only has a current net worth of $500,000 after a life of jet-setting and hookers. He probably has a creative bookkeeper, but that’s beside the point. Notorious Scientology guru David Miscavige has a net worth of $50 million gleaned from celebrities and other troubled souls with way too much money, or at least the means to find it. That sounds like a lot until you consider that Environmental Messiah Al Gore has a current net worth of $200 million, proving once and for all that Climate Alarmism is now the most profitable faith in terms of wealth accumulation for its elders on the planet. It’s a more profitable racket than Scientology, and that’s saying a lot.

Now I wouldn’t go so far as describing myself as a climate change denier. I just feel entitled to be able to ask a few questions without proponents of this theology becoming hysterical. Particularly when expenses are involved. With what I do for a living, a company credit card and expenses are involved. I have to be able to explain every expense. I could probably go out on the town on a three-day bender for no particular reason, but when the end of the month comes our accountant wants to know for what purpose, and will ask to see receipts. The powers that be will be asking how this expensive three-day bender helped our business. Now imagine if I behaved in the same manner as those in the climate alarmist industry. The conversation would go something like this:

Only in the private sector, I’d no longer have a job. When does science become indiscernible from religion? Presumably when you aren’t allowed to ask any questions.

Climate alarmism is a funny thing. Compare climate change to say, emphysema. If I’m ignorant, I can ask what causes emphysema. People won’t get hysterical. They’ll calmly explain causative effects like smoking, asbestos, pollution, etc. When I ask what should be done about it, it will be explained again very calmly. If a cost is incurred to prevent or treat it, this will again be calmly explained and rationalised. Broken down so that we know where the money is going and for what purpose. We’ve known about emphysema for decades, and yet the less enlightened of us are still allowed to ask questions. As with so many scientific problems, the science isn’t settled and nobody would be so presumptuous as to claim that it is. We’re still learning and developing various treatments and preventative measures.

You just don’t see the same kind of aggressive zealotry and hostility toward people asking questions in other areas of science as you do with the climate alarmism industry. Even the flat-earthers, the most maddening scientific conspiracy theorists there are, don’t see as much hostility as someone who suggests that Australia doesn’t really influence global CO2 levels. The level of hostility as always is a dead giveaway that even the most rabid climate alarmist isn’t fully at peace with the scenario that they’re proposing.

Climate alarmism is a relatively recent concern. Curiously, ‘the science was settled’ immediately, despite the enormity of what was being hypothesised, and the scientific fact that innovation and knowledge is a never-ending process. Is the science on anything ever really settled? No questions whatsoever were allowed. A red flag in terms of transparency, particularly with so much money changing hands. The hysteria that resulted from even the most superficial scrutiny of what was happening from the average person was remarkable. I’ve worked with enough people to know that when someone gets their back up to that extent over cursory scrutiny, they’re usually doing something not entirely above board and have something to hide.

It’s fine to levy a carbon tax, provided that you can justify that it will actually have any kind of discernible impact and benefit. And operate with transparency. Australia has less carbon emissions than international shipping, and pales into insignificance compared to most nations. Crippling our economy merely as a gesture makes about as much sense as halving the lettuce leaf on the plate of someone with anorexia and admonishing them for being a pig while saying nothing to the 300kg person beside them who went back for seconds at the buffet.

And even if you can cripple the big polluters like China and India, at what point does the advantage of slowing climate change outweigh halting their development and losing millions of their citizens to famine, both literal and economic? The big polluters know this, and can’t rationalise murdering millions of their own people and plunging themselves back into the Stone Age merely to profitably appease globalist climate alarmist Czars. Nobody in China wants their city to look like a shooting location out of Bladerunner, but by the same token they don’t want to wipe a third of their population off the books to enjoy superior air quality.

With the big polluters out of the equation, smaller cleaner countries become sacrificial lambs to appease the climate change gods. The insanity of imposing taxes and levies that will never achieve anything globally (because the deficit will always be made up in the growth of third world nations) in regard to what we are assured is a global problem only makes sense to those who are profiting from it. It is a gesture and nothing more. The regressive left love gestures, which is why they have taken to the climate alarmist industry like ducks to water.

One of the least sensible arguments you’ll hear is, “Even if it isn’t a problem, shouldn’t we err on the side of caution and act anyway?” Perhaps. But if you follow that line of thinking, you should also rack up $80 grand in debt on a Nigerian love scam just on the off chance that the girl with poor grammar you’ve been sending money to actually exists and actually looks uncannily like Jennifer Lawrence.

Obviously, while the U.S. can make a difference, provided that the science is sound, like China and India Trump is wise to want to know a little about the situation before throwing U.S. industry and economic growth under the bus. And just like China and India, there’s a very fine line between being environmentally responsible, and plunging industry and those who depend upon it back into the Stone Age. There are a lot of people in hell thanks to senseless altruism. 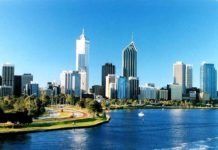 In your face Tim Flannery: It’s 2021 and Perth is not a Ghost Town