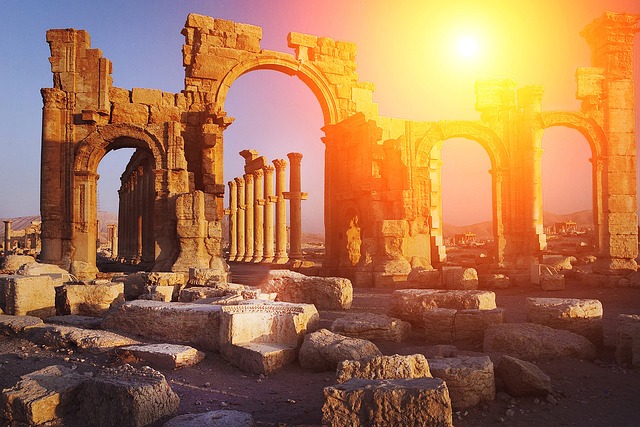 Several of the most disqualifying aspects of left ideology are the contradictions, and the hypocrisy. As someone said to me recently when trying to rationalise the Greens’ diametrically opposed dreams of a lean, green, sustainable world on one hand, and thinking that they can give every man, woman, and child on the planet a wonderful quality of life (in spite of preventing third world nations from developing in pursuit of the former goal) on the other hand, “It just doesn’t work!”

There are many disqualifying examples of contradictions and hypocrisy in left ideology. But the beautiful thing for left academics is that they are so rarely put into practice, so rarely tested, that most of the time these ideas can be confidently used to prop up an entire belief system with no problems or onus on whether they’d actually work whatsoever. I liken it to some of the less practical disciplines in martial arts. Dubious, unfit-looking senseis teach children how to fight with the caveat that they should never actually use their ‘skills’ because discipline is more admirable than vulgar displays of aggression (in a sense, straight from the Regressive Left playbook).

This all works fine if the student is shielded from ever actually having to put what they have learned and what they have been taught to believe to the test, as they progress through various coloured belts and esoteric clap-trap. The problem arises when these teachings are put into practice. This happened rather dramatically with the rise of MMA. Virtually overnight, senseis everywhere found out whether they were legitimate badasses whose hands should be registered as lethal weapons, or whether they’d been living in a complete fantasy world and were no more adept at defending themselves than the children in the beginners class they were teaching. This was a painful lesson for Kiai Master Ryukerin in one of the most cringe-worthy videos on YouTube.

It’s perfectly fine for Green Sarah Hanson-Young to campaign for a symbiotic nirvana of same-sex marriage, trans-rights, feminist issues, and Islamic refugees without stopping to consider the reality of such a volatile cocktail. Just as it’s perfectly fine for the accountant at Taronga Zoo to suggest that because they need space for a new exhibit, why not move the gazelles and the zebras into the lion exhibit. After all, they all live on the same African savannah don’t they? There’s no reason why it shouldn’t all just work?

There’s nothing wrong at all with the ideology of the cost-cutting Taronga Zoo accountant or Sarah Hanson-Young as long as they remain just that: ideology. The problem arises when these ideas are tested in a practical manner in a free market. We’ve all seen enough wildlife documentaries to realise what will happen if our cost-cutting Taronga Zoo accountant gets his way. And Angela Merkel has shown us exactly what happens when you import large numbers of refugees whose values will never be compatible with the very existence of the LGBT community, much less the concept of a female chancellor or senator. So much so that she has now built a wall.

One of the most ridiculous tenets of Regressive Left Ideology is surely the gleeful anticipation of the fall of Western Civilisation. The extinction and replacement of ‘all of the white people’ and their ‘patriarchal culture and system’ by the huddled and oppressed who are of the politically correct hue of brown or ebony on a Taubman’s paint chart. These people sound eerily like Charles Manson, who tried to start a race war between black and white. And like Manson, they inexplicably assume that once they have whipped up all of this hatred toward their own race and the other side has won, they’ll have curried enough favour to enjoy the spoils, when in all likelihood they’d be among the first to go.

Despite decades of hoping for Western Civilisation to be destroyed as they see it as the ultimate achievement of ‘all of the white people’, the left are in a lather because they see the election of Donald Trump as the catalyst for this destruction of Western Civilisation. Exactly the same people who yearn for the ancestors of the people responsible for the Louvre in Paris and are caretakers of it to be replaced by Fundamentalist Islamist hordes whose ancestors never really produced anything of note and gleefully burn such places to the ground on a regular basis now mourn the coming to pass (if only in their own minds) of a core aspect of their own ideology in the United States.

Here are several excerpts from letters to the Sydney Morning Herald. They are typical of the kind of doublethink that is brewing among those who seem to be inexplicably lamenting the perceived loss of American civilisation and culture (but all this time you kept telling us they had none? That it’s all fast food and reality television? That their destruction can’t come soon enough?) while simultaneously celebrating not only the new diversity of the migrant crisis in Europe, but the fact that it will replace and forever change European culture in yes, a fall of Western Civilisation. Let’s hear from some SMH readers:

Richard Keyes of Enfield writes: Throughout history all great civilisations have eventually fallen. The process of these declines is usually gradual and it is left to historians to argue the when and how . However, in the case of America there will be no such doubt. History will record Nov 8, 2016 as the date of the start of America’s downfall and the cause will be Trump. Of course the gradual corrosion in the quality of America’s political life leading up to the Trump disaster has set the stage for his emergence but his presence on the scene will always be seen as the tipping point for America’s spectacular implosion. It can only be hoped that our own politicians learn from this and clean up their act so that Australia does not follow down America’s path.

Alan Phillips of Mosman writes: The barbarian has crossed the moat, he has breached the walls and he is now in the keep. The age of Cicero is finished. The age of Caesar has begun. I understand the rightful shriek which has come from those bewildered many who have been like flotsam tossed about on the wild oceans of Baby Boomer capitalist greed. Raped and bled white by the entitled few – among whom I must count myself, perhaps to our shame. Dispossessed and dumped, they have risen. As they did in the French and Russian revolutions, so they have now in Britain and America and in parts of Europe. The stirrings are beginning in Australia too. We are not immune. So, the faucet is open; the bile gushes out. Will the sudden purge be the start of the cure? Or will it be the beginning of the end for American-led western demographic hegemony?

These people have done the most spectacular ideological pivot ever seen virtually overnight. You could have taken these same two letters a few days ago, replaced America and Trump with Germany and Merkel, and they could have been quite sound comments below articles on XYZ, Takimag, or Brietbart. I don’t think a Trump Presidency will be an end to Western Civilisation. Far from it. It could see the opposite effect, in fact, as a celebration of cultures that genuinely made the most strident steps in all of humanity. But these Regressive Leftists are wired differently to people like me. They all owned Che t-shirts, all ravenously read dog-eared copies of Mao’s Little Red Book, and all fantasised about the implosion of America for most of their lives because it is the antithesis of everything they hold dear. If they truly see Trump as an instrument of this, what exactly is their problem?!?!

These people have wanted the fall of America for so long. They’ve fetishised it. They gleefully watched and supported the Soros-funded BLM movement in its attempts to tear the country apart. And now that what they perceive as their own secular vision of the end times is coming to pass they get cold feet. Really?!?! They are like Mormons who decide that they’re no longer eagerly awaiting the rapture when it is finally upon them. They are like a pimply faced adolescent who has fantasised about a three way with two girls for years, one day finds himself at a party with a couple of tipsy sexually liberated girls who offer to make all of his dreams come true, but now that this fantasy has become reality, he pulls up his trousers and runs away screaming because he finds the actual thought of it disgusting and gross.

The past 24 hours has convinced me more than ever that the hearts of the Regressive Left really aren’t in all of the nonsense that makes up most of their dogma. Not only do these people feel no obligation to address or explain the contradictions and inherent flaws in their very regimented ideology that is devoid of anything resembling nuance or context, but when offered one of their pipe dreams as reality on a silver platter, as they have been with their perception of an impending Trump Presidency, they lose all courage in their conviction.

They blink, and will avoid having to go through with it at any cost. Their reaction to this perceived impending ‘Fall of Western Civilisation’ and concern (particularly in Europe and Australia) for the welfare of a country they’ve regarded with roughly the same contempt as Ebola for decades, beggars belief. It clearly telegraphs that subconsciously at least, they realise that they need those that they despise (police, politicians with a nationalist focus) more than they care to admit, and that everything they hold dear is just lip-service that will ultimately be their undoing should it ever actually come to pass.

It is now clearer than it ever has been that the left is entirely about virtue signalling and self-aggrandising, and will at all costs avoid doing what needs to be done (and indeed betray their principles) to ensure that their doctrine is never actually put to the test. Much like Master Ryukerin, they can confidently posture and shout their esoteric beliefs from the sidelines where there is no real test of their validity or danger of appearing foolish. But much like Ryukerin, they are a lot more hesitant to step onto the sparring mat once they have seen their ideas tested against a more pragmatic and reality-based discipline resulting in a bloody nose and a shattered worldview.