The other day at an event somewhere in America, somebody attempted to use their status as a designated “oppressed minority” to accuse Donald Trump of not being nice. As expected, Donald Trump refused to virtue signal his way out of the trap, and instead told his questioner why he thought they were wrong, and then went on the attack in questioning their motives and calling out their hypocrisy.

The “oppressed minority” person, who had failed to defeat Donald Trump one-on-one in a verbal stoush, was later interviewed by progressive media. In multiple interviews, he claimed that Donald Trump had hurt his feelings by refusing to accept that he is not nice.

By the start of the next day, progressive media had concluded that this latest example of Donald Trump’s hurting of someone’s feelings would finally make all the stupid people who like him realise that he is not a nice person. They even explored the possibility that many of the stupid people who like Donald Trump are, in fact, evil.  However, by the end of the next day, progressive media was confounded that even more stupid, evil people like Donald Trump.

They were further confounded by the apparent reason for Donald Trump’s increased support: apparently, most people think that progressive media is stupid and evil, and they no longer believe or care about what it says. 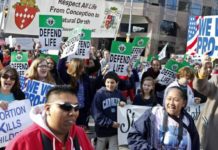