The harbour city of Fremantle in Perth, Western Australia, has announced that it will scrap plans to celebrate Australia Day in 2017 with fireworks.

In statement to the media: 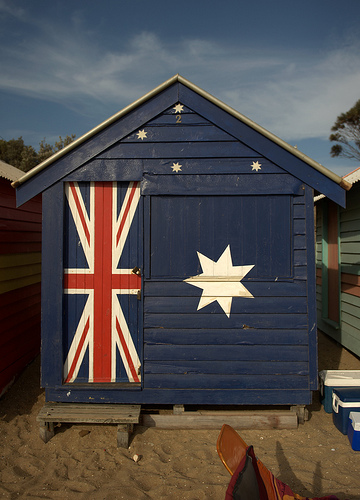 will instead be presenting a family-friendly event to celebrate being Australian on an alternative date. This will be an occasion people can all celebrate together. The date and details of this new event will be revealed once finalised.”

Since when did Australia Day cease being the main day that Australians of all backgrounds “can celebrate all together”? That is, after all, the purpose of the holiday.

Apparently not so, according to the Mayor of Fremantle, Cr Brad Pettitt. Mayor Pettitt states:

“There has been a growing movement that January 26 is increasingly becoming a day that is ‘not for all Australians’. For many Aboriginal Australians it is indeed a day of sadness and dispossession.

This does not just refer to Indigenous involvement but the involvement of many other Australians who feel increasingly uncomfortable with the date and what it represents.”

Go down to your local beach or park on Australia day, and you will find Australians from European, Indigenous, Asian, African and Middle Eastern backgrounds, tending to their barbecues, while wearing hats, shirts and towels proudly emblazoned with the colours of the Australian flag.

No doubt, this is exactly what Mayor Pettitt and the rest of his rather white, middle class colleagues on Fremantle Council will find down at their own beach and foreshore area on Australia Day.

And instead of using Indigenous Australians and those from non-European ethnic backgrounds as a excuse to cancel Australia Day, when the “growing movement that January 26 is increasingly becoming a day that is ‘not for all Australians” is largely a “movement” (if we can call it that) comprising virtue signalling and self-loathing middle-class white people:

Drop Mayor Pettitt a line at mayor@fremantle.wa.gov.au and tell him what you think about his plans to cancel Australia day in 2017.