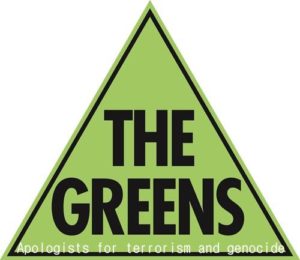 As the country’s apathy towards the recent election rolls over under the blankets and prods hopefully towards the snooze button, it might be worth discussing the general nationwide tread of The Greens not actually having anyone vote for them.

While their slow but steady failure to maintain their primary vote may be the subject of much mirth and laughter within some circles, it also draws attention towards some of the more interesting suggestions concerning democratic reform recently put forward by Dr Piero Moraro.

Doc Piero, a lecturer at Charles Sturt University, managed to get some word count in some of the Fairfax press recently, suggesting that the old concept of “One Man, One Vote” was fundamentally broken. Now, while the casual inference may have been that Doc Piero was in fact suggesting that a new system of “One Non-gender specific person identifying in the manner they see fit without being forced to conform to outdated systems of cis, One Vote”, the thrust of his concept was more about allowing a varied amount of voting power based on age.

Citing Brexit and the then just past Australian Federal election, Doc Piero believed that, basically, people over 60 were selfish and were screwing up things for younger citizens. The nearly dead, he was suggesting, should have less voting power compared to the nearly ready to finally leave Mummy and Daddy’s home. Only youth truly cared about the future, as only youth would be living in it for any extended period of time, and hence the bigger stake holders should have the bigger vote.

Going out on a limb here, this author would like to put forward that Doc Piero was on the right track, research-wise, but had in fact totally messed up his conclusions, as analysis of the declining Greens vote should easily prove.

Now, citing the powerful evidence of 20 seconds on Google, it is easy to show that ‘Young People’ love voting Greens. Citing even more better evidence called the AEC, it is even easier to show that not only has The Greens vote failed to grow, it has also been declining since 2010. The implication here is that while ‘Young People’ love voting Greens, ‘Slightly Older People’ don’t. The ageing voter is clearly slowly turning away from whatever The Greens happen to be selling that campaign year, with the further implication that their vote is only saved from tanking completely by the next group of fresh faced kiddies drifting out of the liberal arts common/safe space/trigger warning room on campus.

What this means is young Greens voters are effectively creating a future they themselves no longer believe in. Awkward. Don’t really want those photos turning up at your 30th birthday now, do we? This brings us back to the ideas of our friend Doc Piero, just not in the original way he was suggesting.

Instead, in order to protect the youth of today from the backlash of the 30-year-olds of tomorrow, the power of a younger citizen’s vote needs to be drastically reduced. Sure, the current batch of 18- and 19-year-olds might moan like crazy, but only until they reach 25.