In recent days some people have claimed asylum in Greece. Greece has charged them with illegal entry and will send them back to the country of origin. In that country, the man who they are seeking asylum from is seeking to reintroduce the death penalty. If and when Greece sends these people back, they will almost certainly die. 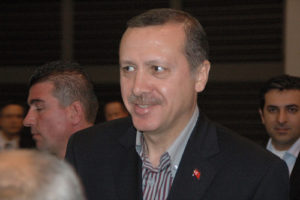 What did these people do that made them such a pariah? Why is their claim to asylum so blatantly denied?

I would say that their claim to asylum is what the spirit and intent of seeking asylum is all about. That it is so palpably and perversely denied is stunning.

It is about as stunning as Clinton being cleared by the FBI from criminal charges despite her factual guilt of a significant crime.

They feared her so they cleared her.

They fear the man who will execute these asylum seekers, so they will not grant them asylum.
This man lost power in an election so terror struck and new elections were held and he won. It’s democracy with a twist of something.

This man who is so feared will join the EU. He determines EU migration policy. He is a power-broker in NATO. He is so feared that people will send his enemies to him for execution.

That is progressive, isn’t it?Photo by openDemocracy