In a bizarre turn of events, Australian Opposition Leader Bill Shorten has celebrated with a a rousing victory speech… Ummm… A non-victory in Australia’s  2016 Federal election. 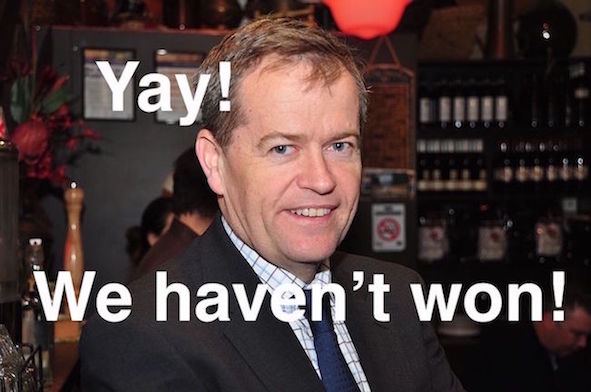 Earlier this evening, Labor Senator Penny Wong attempted to argue (rather unconvincing) that Labor had “won the campaign” despite clearly having no chance of forming government.

While the expected swing against the Liberals has been stronger than expected, and PM Malcolm Turnbull has much to answer for, only a political party out of touch with reality could image and claim an election defeat as a victory.