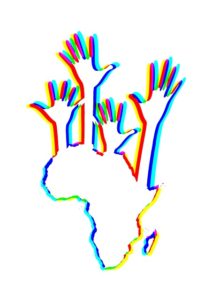 Essentially – Human Rights say that anything goes. And does it really matter if it is contradictory or illogical? Apparently not. And here is where I want to introduce Game Theory.

Human Rights typically need to be upheld by Western Governments to all sorts of illogical conclusions. When my Aunt Bessie ran out of money and could not support herself and her medical needs, she went out and butchered a scientologist. I was aghast. “Is she bonkers,” we asked?

Well, Aunt Bessie had the last laugh. Whereas the previous winter she could not afford heating or decent food, she now had the state promising a free lifetime’s supply – along with healthcare, education and all sorts of stuff she could not afford. As a law-abiding citizen, that is.

You see, her Human Rights trumped her criminal act. They enhanced her material living standard compared to the independent life she had lived before.

When she self-educated and informed all that she was Uncle Bob, she got moved to a male prison. She enjoyed the showers.

There she met some kindred spirits. They were refugees who committed crimes. Indigenous people who were in and out of the prison hotel. She met many who were spending their time doing drugs and learning about the wonders of Islam.

Turns out, prison is a great way to get radical. She, I mean Bob, found many wonderful government-funded books on how to get into radical Islam. She/he discovered the joys of the Muslim Brotherhood. She marvelled at how these young fellas turned their life around and came out with a sense of purpose.

That some would then spontaneously explode in Syria, or be victim of a rampage that a gun or knife carried out while in their possession, was a joyous moment. Human Rights at work.
Bob now had to contend with his own issue. He was an infidel in his past life; he could convert to Islam, but then he would have to hope he did not go to hell forever. Jihad and martyrdom beckoned as a guarantee for salvation. What a beautiful celebration of Human Rights that was.

Meanwhile, more and more people from the Umma were finding their communities did not meet their Human Rights. They tuned in and listened to Merkel bending over and saying “well, come”. Despite her threat, come they did.

They found that they did not need a passport, just to say they were Muslim and therefore Human RIghts meant they were not safe, as they came from countries with Muslims, and that meant they were endangered. So they went to live amongst infidels who went from saying welcome to ‪#‎OopsThatWasStupid‬.

So, while they enjoyed human rights, as did Bob, the living standards and social cohesion went down. People resented self-identified victimhood being the new badge of merit. They resented Bob being treated better than they were by the government.

They could not say that Human Rights were bad, nor could they say PC was illogical, perverse bulls—, but the system stank.

And is that not what we want. Equality. Daily horrors. A race to the bottom.

That is why illogical application of Human Rights is Wrong. It hands the future of the world over to a hybrid lawyer – islamist – socialist – progressive nutcase. Take a look at who pleads for their rights and who benefits most. If you are reading this, it is not likely you.

Worst of all, Human Rights have been weaponised into a form of jihad. What Islamic armies failed to do, Human Rights have achieved. There are no guardians to say, “shoot that deranged Islamist in this hostage situation,” despite his right to be a maniac in our midst, because it degrades the rights of those innocent people he is threatening.

Nope – it’s all about the rights of the worst. It echoes the stink of the UN, of the ABC and the progressive SJW’s.

Seriously – I am a little p—ed off by it all.