I haven’t written a review about a movie I’ve not seen and have no plans to watch, which is why this is Not the Ghostbusters Review. The internet has probably doubled in size since the movie was released with Mr-Stay-Puft-sized scorn pouring from the likes of Milo – has so much been written by so many about something so insignificant? Yet, this was the entire point of the movie. From the moment the first trailer appeared it was obvious this was not only going to be a dud but a movie that would attract a tsunami of criticism. 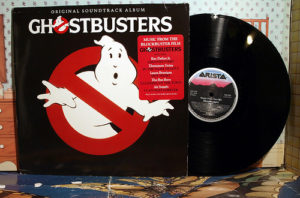 I once saw a t-shirt that said “Remake The Goonies and I remake your face.” The sentiment extends to Ghostbusters and a whole heap of 80’s classics like Ferris Bueller’s Day Off, Gremlins, The Lost Boys, Top Gun, the Indiana Jones trilogy, Dirty Dancing and The Care Bears Movie (hey, I had to watch it with my little sister). This hasn’t stopped Hollywood though, who have either remade classics or extended franchises into new stories, spin-offs or TV shows. The results have ranged from horrific to “meh”, the Christopher Nolan Batman series and The Force Awakens being the only rebirthings worth mentioning. The 80’s and early 90’s produced some of the best entertainment we’ve ever seen in the relatively short history of movie and TV, and this has largely been the case when politics and institutions veered towards capitalism and liberty – perhaps this should be the subject of another article. Hollywood has clearly run out of ideas and it is no coincidence that this decline has been inversely proportional to the long march through the institutions; the left produces nothing of quality, ever, it only destroys. Not convinced? Think back to the quality the ABC produced when it was more balanced and not a cabal of inner-city, Green, pampered, elitist, Socialist imbeciles.

So why remake Ghostbusters with an all-female “go-girl” cast? One of the great problems for the left and SJW’s today is that they cannot find any actual racism, sexism, homophobia or any of the other causes that they proclaim to be so passionate about (you know, the ones conservatives and classical liberals had embraced and largely solved a long, long time ago in a society far, far away). Thus they have to make them up, redefine them or provoke them into existence. The Ghostbusters remake is lefty Hollywood poking people in the eye and hoping for a reaction – “Ha! We destroyed a beloved movie from an era we despise, now criticise our remake then we can accuse you of sexism!” And this is exactly what they have got. If I told you that you hate bees and you said “don’t be silly, I don’t hate bees”, then I lob a few beehives over your fence and the bees infest your home and sting your kids, then you would complain, at which point I could turn round and say “Ha! I knew you hated bees!” You could apply that analogy to what is going on right now in Europe.

Anyway, I can already hear the Frightbats on Q&A running the line “just look at the reaction to Ghostbusters…” as they mumble their way through another incoherent answer to another set-up question on the “inherent sexism that still exists in our society.” And what better time to dig up the rotting corpse of misogyny to thrust in our faces in a year when the real-life Hollywood of the East coast is putting up its first female lead for the role of President? The movie also appears to be sending a message at a spiritual (pun intended) level. ** SPOILER ALERT ** Bill Murray makes a cameo as a new character who is killed by a ghost after trying to expose the Ghostbusters as frauds. In the original movie, this character was a man from the Environmental Protection Agency (i.e. the Government) and he was ridiculed rather than killed off. Would a Hollywood of Green luvvies dare to criticise the EPA in 2016 (they should, the EPA managed the seemingly supernatural phenomenon of turning a Colorado river luminous yellow just last year)? Killing off Bill Murray, the star of the original 1984 blockbuster, with it’s awfully horrible men creatures and positive subtexts, is the sacrificial killing of the past – the Reagan years of growth, freedom, the end of the Cold War.

The left are now rewriting and erasing Western cultural history; just as Stalin had his rivals erased from photographs and textbooks, and Mao trashed China’s heritage during the Cultural Revolution. Hollywood didn’t even bother to rename the movie, it’s just Ghostbusters, not Ghostbusters Return or The New Ghostbusters or Ghostbustiers. They might as well have simply cut and pasted the faces of McCarthy, Wiig, McKinnon and Jones over those of Murray, Aykroyd, Ramis and Hudson on the movie poster. In Trudeau-esque, nebulous, meaningless fashion, the caption for the new Ghostbusters should have been simply; “Because it’s 2016”. Where walkie-talkies cannot digitally replace guns, or where Han cannot shoot first, then entirely new movies are recreated to digitally enhance the Progressive world and if you don’t like it then you’re a racist, redneck, gun loving, omniphobic, misogynist yada, yada, yada who should go back to 1984. The elites just don’t seem to understand one simple notion – people go to movies, the AFL, NRL etc. to get away from having PC BS rammed down their throats 24/7 and now, more than ever, do we require escapism from the real-life Orwellian 1984 being built around us. We need a lot more of Christopher Nolan and Clint Eastwood and a lot less preachy, pokey, agitprop.

Oh and Hollywood; remake Back to the Future and I’ll remake your face.