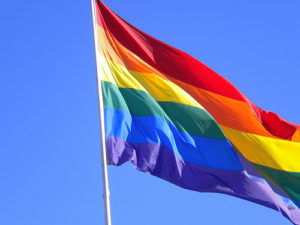 A couple of days ago on The XYZ, I wallowed in the beautiful stench that is schadenfreude and made a couple of gags, and managed a quote from Return of the Jedi, at the expense of stupid, venile, nasty idiot who looks like a 14 year old boy who likes to jerk off hamsters called Roz Ward.  She had been dismissed from her role as an advisor to the Victorian State Labor government, although for some reason, the disgusting, lying program which she helped engineer, which purports to tackle school bullying but in fact, and in her own words, is a pretext to bring about communism through Cultural Marxism, was not given the door.

But even though I think cancer is too good for this degenerate, who will likely be the key subject in a future Stolen Generation Report in about 2035, I gave lip service to my libertarian belief that nobody should be sacked for their views.  The role as advisor to a government is, in my estimation, shrouded in grey.  As an unelected official who influences policy which affects actual people, one can make the case that public pressure should have some say over whether she stays or goes.

But yesterday it was announced that she was sacked from her job at La Trobe university, for the same reason she lost her advisor role.  This crosses the line from public interest, to nobody’s business.  I don’t care if she had said she one day hopes to emulate the feats of her idol Joseph Stalin and murder tens of millions of people (she probably does) but nobody deserves to be sacked from their job for something they posted on Facebook.

This is totally unacceptible, and I call on La Trobe University to reinstate this cretin, this turd, immediately.  I fully stand by this retard’s right to say whatever the hell she wants.

I suggest that there may be another reason Ward was sacked from both her State government role and from the university – I don’t think it was because she called the Australian flag “racist” nor because she openly called for a communist government in Australia.  We all know that is what the apparatchiks in the Labor Party, and the ideologues who infest our universities, both believe, and want.

It is because she said it openly.

Oh, and by the way, Roz Ward is a bloody dickhead.