A former Facebook employee has revealed that the social media giant has been suppressing so called “right wing” and conservative news content.

In a story reported earlier today by Ninemsn:

“Facebook created the role of a ‘news curator’ whose job was to artificially ‘inject’ stories high up its trending news section, even if they were not trending, former curators told Gizmodo.

They were also told not to include news about Facebook.

‘It was absolutely bias, we were doing it subjectively,’ a former curator said.

‘I believe it has a chilling effect on conservative news.'”

XYZ’s official response to this revelation of media manipulation is this:

“Tell us something that we didn’t already know!”

Nevertheless, it is time that this alarming manipulation by media organisations and suppression of speech is brought to the light of day. 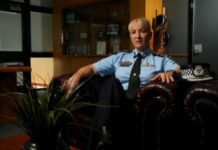