This summer, Tasmania has suffered from some of the worst bushfires on record.

More than 100,000 hectares has been burnt since January, including significant areas in Tasmania’s Wilderness World Heritage areas.

The fact that it will take quite some time for certain areas to recover – particularly regions of rainforest isn’t helped when conservationalists offer hyperbolic and frankly silly statements such as the one given by Tarkine campaign director Scott Jordan.

In response to the Tasmanian Fire Authority’s directive to protect property ahead of natural assets, Jordan stated:

The fact that multi-cellular life, let alone whole rainforest ecosystems with their variety and countless number of plant and animal species have existed for less than 1 billion years does little to help his environmental cause. Nor is it going to help convince people to sacrifice property ahead of “natural assets.” 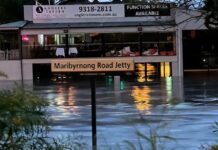