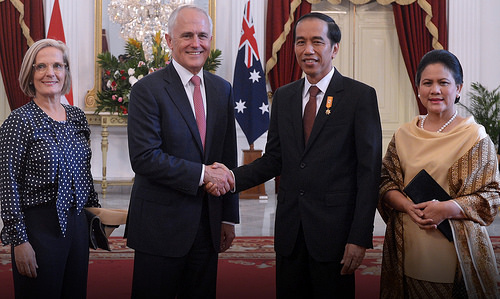 The figures for the Liberal Party and the Greens are most striking – both showing a large spike in donor funding in 2014, followed by dramatic falls in 2015. Donations for the Greens amounted to just under $22 million in 2014, and collapsed to a little under $9.5 million in 2015. Only the National Party managed to a maintain relatively stable level of donations between 2014 and 2015.

The current dissatisfaction with politicians is not surprising, especially when we see top politicians express their support for Australia becoming a republic on Australia Day when the matter is off the agenda for most Australians. This shows an alarming disconnect between the political class and the grass roots of the community, and has been revealed over the last few days through a myriad of other issues that have been raised and promoted including gay marriage (and keeping the matter in hands of politicians), as well as changing the Australian flag.

These frankly ideological issues are simply not of major concern for most Australians, but reflect the priorities of our political class and ‘cultural elites.’

The slump in funding for the main political parties reveals the high level of dissatisfaction with our political leaders. Moreover, it shows that the divisions in our community are not so much over things like race, gender and sexual orientation, but between the political class and cultural elites, and the rest of Australia.