Here is a question for the men..

Have you ever seen a couple of Sri Lankan girls in their early 20’s out and about on a warm Spring day, wearing brightly coloured singlets, denim shorts and little ballet flats; or a gaggle of tall, lanky Ethiopian chicks dressed to the hilt on a Friday night, wearing impossibly-high high-heels to make their already impossibly-long long legs even more impossibly-long; or had a chat with a feisty, curvy Lebo of Maronite heritage; and thought to yourself, without a second’s hesitation, “I’d tap that”?

And here’s one for the women..

When you see a black guy, what’s the first thing you think of?

The move away from traditional Christian morality has unquestionably had negative social side effects, side effects which proponents and defenders of said move away have tried desperately to pin on capitalism, the patriarchy, and patriarchal capitalism. Frankly, I’m not too concerned, as long as we don’t throw out our British/European heritage with the cultural baggage bath water.

Migrants may well be drawn here by the prospect of a better life, and that better life is underpinned by our British-based legal system, our free market economy, and a still strong Enlightenment ideal. But their children’s version of a better life amounts to being able to do whatever you like in those glorious years between mid teens and early 30’s – a life which, if you have studied reasonably hard, have at least a part-time job, good social skills, and use protection, is an absolute party.

Although I think it is important to ensure we don’t accommodate ourselves out of existence when it comes to our Christian heritage – it’s Merry Christmas, Goddammit, and I’m an atheist – the promiscuity of youth is just as likely to save us from the clit-choppers. We should be encouraging people from the Middle East to shack up with a series of partners from South East Asia and Central America. We should be encouraging Africans to experiment with their sexual identity, and the Chinese to put off having children for as long as feasible so they can build their careers.

For one, it will bring their birth rate down.. hey look out, behind you, no seriously, you really have to look behind you… 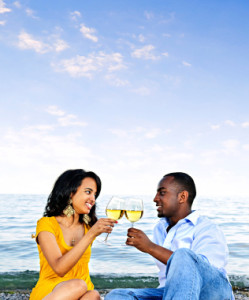 But more importantly, do you really think a young woman who’s mother is of Indian and Vietnamese parents, and whose father is of Turkish and Argentinian parents, is going to bother learning whatever dialect her grandmother spoke back in India, care one way or another whether the Kurds get their own homeland within the current Turkish borders, or bother to learn the Argentinian national dance? Do you think a young man whose Burmese father and Polish-Greek mother seperated, and shacked up with a Canadian-Moroccan woman and a Namibian-Bangladeshi-Ukrainian hermaphrodite respectively, is going to particularly care about his Buddhist heritage? If he is good, he will be reincarnated into a higher standing (I’m probably wrong – I am wilfully ignorant about Buddhism) but how could that possibly be better than his current life, in which he gets to bang a Japanese chick on Friday nights, but dates, on and off, a hot little Peruvian number during the week? Wouldn’t he rather be bad, and ditch temple, or whatever they do, for a sleep in and a hangover?

The majority of people in this country are going to be drawn, irresistibly, to the mainstream. That is why it is called the mainstream. Christian tradition and the social glue that is morality is important, but our Western, European, British heritage and culture, is the be all and end all of social cohesion. It doesn’t matter how many immigrants we let into this country, if we can maintain and confidently assert our Western heritage, (and avoid importing people who hold an ideology which is the antithesis of everything this country is built on and are sworn to overturn it,) we will have a multiracial monoculture which is the envy of the world.

And lust, debauchery, and the rank, offensive licence of the young will help us achieve this. Today’s socialist social engineers may do their best to encourage migrants to preserve their cultures from their respective former homelands, and encourage the rest of us to celebrate everybody else’s culture but hate our own, but in the long run, hormones, in a modern, secular culture which encourages rampant individualism, will smash this idiocy like a boat against rocks in a Bass Strait storm.

Multiculturalism is doomed to fail. Because, frankly, Sri Lankan girls are hot.