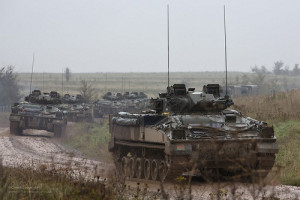 “The full extent of this taxpayer-subsidised treachery has been laid bare through news reports about the activities of the Iraq Historic Allegations Team, which was set up in 2010 by the Ministry of Defence to investigate claims of ill-treatment and unlawful killings by British military forces.

“Initially, the unit was meant to inquire into 152 cases, but now its work has spiralled out of control to more than 1,500 cases.”

Soldier’s conduct in conflict is outside public prosecution. As the article says, the Geneva convention was made so that there is a legal way for civilized people to fight war (not that those who are claiming foul are using it.)

What’s the bet most of these claims are from combatants anyway? If they can’t beat these great men and women in open warfare, let’s use their own country’s laws against them, because they will pander to every whim of the enemy until the Western way of life, freedom of speech, democracy, civility, and the decency of man is destroyed.

I hope these proceedings are laughed out of court, and the men and women who are living in fear for their futures, for doing a job at risk to their lives, don’t end up taking their own lives because of this.