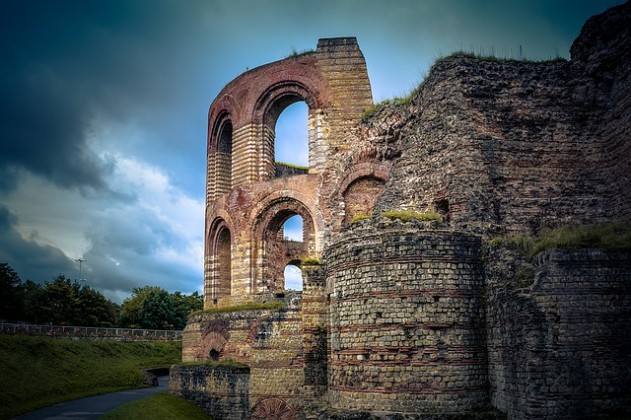 There is an ancient Jewish story which dates back to the 5th Century BC. The story describes the return of the people of Israel to the ruins of their formerly glorious Jerusalem after being held captive in Babylon.

As the exiles slowly return to Jerusalem, they find the city left in waste, and the descendants of those left behind; subsisting as scavengers off the carcass of the city that they knew was somehow theirs, but had been lost.

A man named Nehemiah stepped forward to lead the rebuilding of the city. The first instructions Nehemiah gave were to rebuild the walls of Jerusalem which had been breached in the previous wars. It was the breaching of the city walls that had led to the sacking of the city, and its residents carried off into exile.

Like the walls of an ancient city, the walls of the cells in our body regulate the flow of nutrients and protect the cell from disease. Without cell walls, the integrity of the whole organism, whether a human being, a dog or a blade of grass would be comprised and would not be able to hold.

The walls of Jerusalem needed to be rebuilt, in order to re-establish the nation and civilisation. Without the city walls, the benefits of civilisation; social, political and economic life could not take up root and again flourish.

The second order of business Nehemiah attended after rebuilding the walls was to remind the people of Israel who they were. He told them their stories which they had forgotten during their time in exile in a foreign culture – the stories of the founding of their nation, the heroes and patriarchs that had gone before them, the great victories and defeats, and above all, that the people and nation of Israel had a special calling in relation to the whole world – to be a light to all the nations of earth.

When they heard these stories, their own stories, the people wept. It would have been a truly mind blowing experience.

You have been told you are nothing, that your culture is worthless and your civilisation is destroyed. But it is all a lie – listen to who you really are! You are a great people and nation.

Such is it in our own times. The walls of Western culture have been torn down. Not by invading armies – but by our leaders, intellectuals and media. Those entrusted to maintain the walls of our civilisation and to be our chief story tellers have instead opened up the gates and denied us of our stories and identity. Our stories are no longer ‘valid’; they are ‘oppressive’, ‘racist’, and ‘sexist’ and have been disallowed.

We live now as cultural exiles in our own nations in the West. Moreover, our leaders tear down national boundaries in the name of ‘compassion’, and at the same time compromise the integrity of nations and their ability to help those in need.

We are at a juncture of time where we need to raise up new leaders, bold leaders like Nehemiah to rebuild our city walls – the walls of our civilisation. And we need to retell our stories and to remind us who we really are.

Acknowledgements and inspiration from the work of Robert Barron.