The Australian Equal Opportunity Commissioner has announced that ze is delighted that events over the last few days have helped Australia ‘meet its diversity targets for public shaming and formal apologies.’ 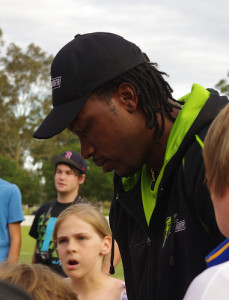 Yesterday morning, a female journalist was forced to issue a public apology for uttering a problematic word while discussing a bias episode committed by a member of the oppressor class. And today a male sportsman of colour apologised to a female reporter of slight colour for exhibiting privilege during an interview last night.

According to the Equal Opportunity Commissioner:

‘Until now, we have only thought in terms of male privilege or white guilt. But I think there is more than enough privilege and guilt to go around. What the bias episodes of the last few days indicate is that we are starting to think of privilege and guilt intersectionally. For too long, minorities have been excluded from the realm of issuing formal, public apologies. In many respects, they have been almost invisible.

‘What this means is that we as Australians are being more inclusive towards minorities in allowing them to participate in what is an important, mainstream aspect of our society. I see this as part of a modernisation process for Australia.’

In related news, a leading psychologist has issued concern that so many formal apologies and public shaming events in the Australian media over the last few days may have adverse consequences:

‘It is normal for public shaming and formal apologies to occur on a regular basis in our modern society. In a way, it acts as a drug, perhaps similar in effects and addictiveness to heroin or ice, to the Australian media and SJW class. It is normal for there to be a build up period, leading to a short high, followed by a depressing low.

‘What concerns me is that with so many public apologies issued in rapid succession, the media and SJW class may be becoming overstimulated. Eventually, one or two days may go by without someone saying or doing something boneheaded in the public arena, and the consequences when they ‘come down’ off this unprecedented high may be catastrophic.’

The psychologist has suggested that affected individuals or groups may start ‘inventing grievances’ to attain the high they so desperately crave. When asked what the long term solution to this problem is, ze stated emphatically, ‘We all just need to calm the hell down.’