Israel cops a lot of flack. It is accused of being an ‘apartheid state’, and a systematic persecutor of Palestinians despite the country being the freest and most democratic nation in the Middle East. 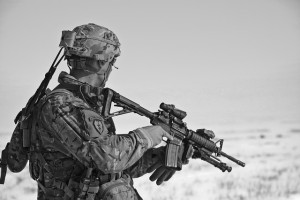 Israel gave Gaza over to Palestinian rule in 2005, only to be thanked with an endless hail of rockets. The world wasn’t interested in these constant attacks, and when Israel finally moved to defend its citizens, the media painted Israel as the aggressor and Palestinians as the innocent victims.

In Israel, Arabs are free to work and study, and they serve in politics, the judiciary and even in the military. In which Arab nations are Jews afforded the same freedoms as Arabs are in Israel? That’s right – none. It’s often said that Jews are not given those freedoms in Arab nations only because Israel is an apartheid state? Ah – circular reasoning at its best.

As well as being the freest nation in the Middle East, Israel also has what is likely the most moral military in history. This may seem hard to believe, especially after all of those images we’ve been fed of Israeli defense personnel persecuting unarmed Palestinians.

It might seem self-defeating, even absurd to telephone one’s enemy before military action. But that is what Israel does. They make phone calls, send text messages, and drop thousands of leaflets, warning people and telling them exactly where they are going to land their bombs.

Does any other nation do that? Do Hamas, or the Islamic State do this? Of course not. And if we’re honest, we would never expect that they would. But Israel does.