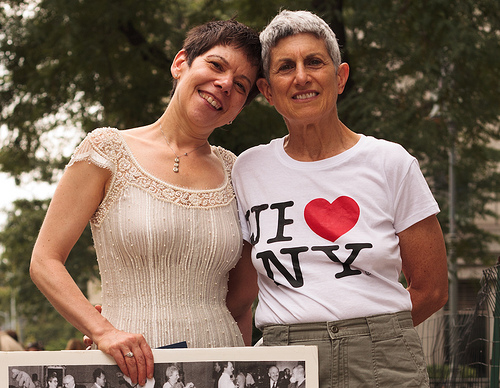 Slovenians have just overturned a law allowing same-sex marriage. With most of the poll counted, 63.4 percent of voters have voted against an amendment defining marriage as a union of two people, as opposed to the union of a man and woman.

Gay activists and politicians in favour of same-sex marriage have been anxious ever since former Prime Minister Tony Abbott promised to put the controversial issue to the Australian people in the form of a plebiscite. Unlike the Slovenia vote, the outcome of Australia’s plebiscite will be non-binding, yet it will give our leaders a clear indication of the will of the people.

Many have wanted to keep the matter of same-sex marriage in the hands of politicians, perhaps knowing that among the broader public, those in favour of gay marriage is significantly less than the 70-80 percent which is commonly touted.

Members of the Green-Left have even gone so far as suggesting that the plebiscite will only give legitimacy to “bigotry” and “homophobia” (read: opinions different from their own) in an attempt to suppress traditional views on marriage, and perhaps the views of most Australians.

The vote in Slovenia may prove to be ominous sign for gay marriage activists as Australians prepare to express their views in the up and coming plebiscite.