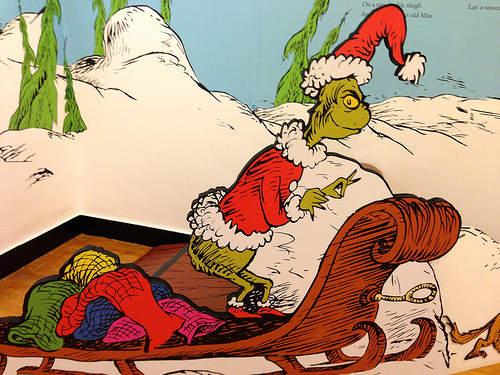 A poll carried out by the Guardian has revealed something we’ve all had a sneaking suspicion about for a while: Those who vote Greens are most likely to be the Grinches who stole Christmas.

Labor party voters, according to the research were the most likely to encourage their children to believe in Santa Claus (85 percent) while Coalition supporters tended to have the most positive feelings about Christmas with 86% saying they enjoy Christmas a lot, or enjoy some things about Christmas.

The poll only confirms the suspicion which many of us have had – not only do the Greens want to steal the achievements and benefits of thousands of years of human civilisation, they are also the grinches who stole Christmas.

Just watch out Greens voters, Father Christmas might just come and visit your home, and instead of giving presents, will leave you your heart’s desire – a great lump of coal for your grinchiness. Oh the irony!