Although it is under sad circumstances, we are proud to present the inaugural XYZ Let’s Roll Award. 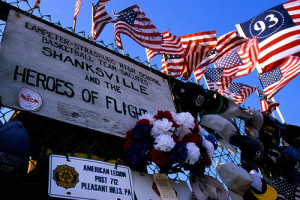 This award is named in honour of the passengers on Flight 93, who kicked off their on-board rebellion against the Islamic hijackers on September 11, 2001, with the now immortal line, “let’s roll.” The recordings we have from the black box of United Airlines Flight 93 indicate that a battle ensued on the aircraft as the passengers, alerted to the fact that the hijackers intended to use the aircraft as a flying bomb, determined to save the lives of others, even if they could not save their own.

Their bravery and their sacrifice set the standard for others who have stood up to Islamic terror since, most recently the three Americans who foiled a massacre by an Islamic terrorist on a French train on August 21, 2015.

To Byron Price, we say well done, and thank you.