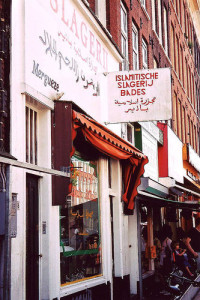 There has been much discussion since Saturday’s terrorist attack in Paris on how to defeat the Islamic State, and the ideology – the literal interpretation of the Koran – which drives it. Former Prime Minister Tony Abbott yesterday made an excellent case for using special forces to spearhead a ground war to deatroy the Islamic State, and Mark Steyn has been arguing for years, and The XYZ for six months, that the West needs to restore its “civilisational confidence” if it is to ultimately defeat the ideology which drives Islamic terrorism.

But we possess an incredibly powerful weapon which, until now, has gone unused and unrecognised.

That weapon is Multiculturalism.

To be more exact, the ideology of Multiculturalism. Obviously, technically, Islam is multicultural – it is not a race, but followed by people of all races, and those who are interested will go into great, boring detatil about how, apparently, it is flexible to suiting the outlook and needs of differing cultures..

What we can do is implant the ideology of Multiculturalism into the hearts and minds of Muslims all over the world, to prevent “violent extremism” from ever being able to take root. This is how it would work.

1. Educate Muslims about Islamic history. Teach them how in Mohammed’s lifetime, most of the Arabian Peninsula was conquered by warfare. How, within roughly a century after Mohammed’s death, Islamic armies had conquered, in bigoted, racist warfare, territory stretching from Spain and France to India. Teach Muslims how Islam destroyed the ancient Persian Empire, the once glorious Byzantine Empire, how it massacred hundreds of millions in its attempted conquests of India. Teach them how they enslaved millions from around the world, including millions from Europe, to fight in their armies, work as slave labour constructing their temples, or to be subjugated to sexual slavery in their harems. Teach them all this, and more. And make them understand that they should feel guilty for it. Their religion, the Islamic civilisation, was spread through murder, conquest, exploitation, and genocide. All Muslims, as bearers of this legacy, share in this civilisational guilt.

This interpretation of one’s own history has worked wonders in the West, quashing any possiblity of civilisational chauvaism, and it is hoped that this method of teaching helps to build the next stage of Multiculturalist warfare.

2. All cultures are equal. Understanding this core precept of Multiculturalism will annul, from the outset, the notion of the Dar al-Islam and the Dar al-Harb. The idea that it is only within states which uphold Islamic law in which peace resides, is archaic and imperialist. Accepting that other cultures are of equal value will help break potential “violent extremists” out of their Islamocentric mindset, and make them more open to adopting practices which may benefit them, and make them better people by opening their horizens and being more tolerant.

From here, Islam can become truly Multicultural, by adapting itself more flexibly to its host societies. In the West for example, it is important for the aparteid seperation of genders inside mosques to be challenged. The consecration of openly and active homosexual imams would be a truly “progressive” step forward for Islam. People from other religions should be invited to Saudi Arabia to complete the Hajj, according to their own specific religious practices, or even according to their own personal preference.

3. Islamic environmentalism. It is heartening to see how the narratives of Multiculturalism and Environmentalism have intertwined in the West to make us more connected not only to each other, but to the world we share. The most obvious step Islamic countries can take in the field of environmentalism is to immediately cease the drilling, production and export of oil. We understand this may have some adverse effects, such as the return to absolute poverty of much of the Middle Eaast, particularly the Arabian Peninsula. But this is a small price to pay for the benefit it will bring to all mankind and to the Earth. After all, the Stern Report showed that the benefits of tackling climate change far outweigh the costs. And it is only when the last tree is cut down, the last fish eaten, and the last stream poisoned, you will realise that you cannot eat money.

This practical step can help lead to an even more far-reaching move, in elevating the consciousness of the Muslim people. Muslims currently have the highest fertility rate of any group in the world, currently at 3.1 children per woman, well above the replacement rate of 2.1. It would be greatly desirable for the Islamic birthrate to come down to something like Germany’s, which is roughly 1.4. This contribution will help reduce the Muslim polulation, and the subsequent Muslim carbon footprint.

In conclusion, In the West, we have been taught that our culture and civilisation is racist, exploitative, and imperialistic, and that we should feel guilty and apologetic to the other cultures and civilisations of the world for our collective crimes. Futhermore, our very existence on the earth is killing it, so we should strive to live more simply on it, and reproduce fewer and fewer humans to exploit its resources.

If we can export one idea to the Islamic world, it is this. If we can convince Muslims to take on this mindset, and approach their own culture in the same way, they will become truly more like us, there will be less scope for “violent extremism” to exist, it will contribute to cross-cultural understanding, and a truly peaceful, Multicultural world.