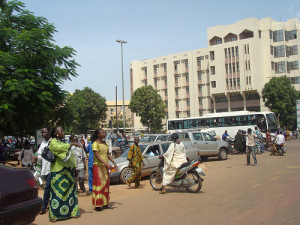 Al Mourabitoun, the Islamic terrorist group responsible for yesterday’s attack on the Radisson Blu Hotel in Bamako, Mali, which took the lives of at least 20 people, has claimed in a statement that its primary motivation for the attack was “Islomophobia in the West.” The statement continued:

“We hope that by killing as many non-Muslims as we could, that the world, and Europe in particular, would be encouraged to show more compassion to Muslim refugees who we are driving before us.”

The group also singled out opinion pieces written by Australian journalist Andrew Bolt, who it claims has “hurt their feelings,” and is critical of Australian media for giving air-time to right-wing politician Pauline Hanson.

This has led one “progressive” media commentator in Australia to exclaim, “See! This is what we have been telling you stupid bogans all this time. This is why we get so exasperated when you criticise Islam. Every time you criticise Islam, you make it more likely that Islamic terrorists are going to try to kill us.”

The group has also taken umbrage at the intervention of Western forces, in the form of US and French troops who, under the banner of the UN, prevented their attempted massacre, by assisting Malian security forces in storming the hotel in order to rescue hostages. Al Mourabitoun claimed:

“This type of neo-colonialism is what drives us, every day, to bring terror to the infidel. We shall wreak revenge on the racist nations who prevented our slaughter of the Kuffar, and we will avenge the death of our martyrs.”

This prompted US “President” Barack Obama to reiterate his position that, despite his countrymen’s provacative actions, “We cannot bomb our way to victory against violent extremism.”