The kindest interpretation of the press release put out by Australia’s Grand Mufti Dr Ibrahim Abu Mohammed in the wake of the Paris terror attacks is that something was lost in translation. That may well be partly, at least, due to the fact that, even after several years in Australia, the Mufti still can’t get by in English without a translator.

Whilst many other Muslim leaders had no trouble condemning the atrocity in Paris unequivocally, the Mufti was keen to play the victim card and to get some 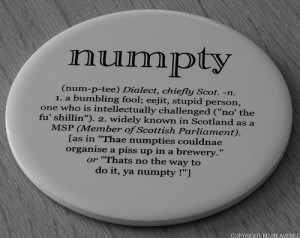 socio-political mileage out of the awful events. No doubt his judgment has been clouded by decades of the Green Left appeasement narrative, together with the rights industry and its politics of Muslim victimology, that were exposed as a statistical fraud only days ago by Paul Sheehan writing in the Sydney Morning Herald.

Rather than condemn without equivocation the shooting of innocent, unarmed civilians, and the inhumane brutality of the terrorists, who, it has emerged, shot wheelchair bound patrons first in the Bataclan theatre attack, the Mufti was more interested in so-called “causative factors such as racism, Islamophobia, curtailing freedoms through securitisation, duplicitous foreign policies and military intervention.”

That it’s all too hard for the Grand Mufti of Australia to put aside the victim mentality and drop the excuses even in the light of the outrage perpetrated on the people of Paris, provides a troubling insight into the mainstream Muslim mind in Australia. Given the Mufti is the grand leader of the Islamic community in Australia, it would be quite possible to draw the conclusion that the mainstream Muslim mindset has more in common with the rampant victimology of the traitorous Hizb ut-Tahrir and their odious “Innocent until proven Muslim” conference of recent unhappy memory, than with an articulate, and innocently sweet sounding apologist like Waleed Aly.