As a teenager, I envied others with large music collections. A friend of mine had a CD carousel holding more albums than I owned, which no doubt cost many hundreds if not thousands of dollars. 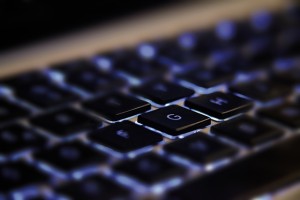 Today for the small price of listening to a few ads, thanks to Spotify I can listen to just about every song ever made for free on a device that fits in my pocket. Those ads disappear if I pay a few dollars per month – far less than the cost of an album on CD.

Thanks to Spotify disrupting the music industry, I am now wealthier – and so are you if you make use of their music streaming service. I now have features well beyond what my friend had, for a fraction of the cost.

There has been lots of talk about disruption due to Uber’s entry in to our Australian Taxi markets. Consider Gladys Berejiklian’s strange muddled comments on Ross Greenwood’s 2GB show (23/11/2015, click here, around minute 8:00).

“I don’t quite like the use of the word of the term disruptive technology… the reason why we are being careful on this one is because it will be a precedent for other industries which in the future will have challenges placed upon them.”

Berejiklian worked in big banking (the industry most protected by government) before becoming a career politician, so we can forgive her if she doesn’t believe in, or really understand how disruption improves the life of average people.

But what is disruption? Normally, if you’re disrupted – that’s considered to be a bad thing. It certainly sounds like a bad thing. Right now the Sydney CBD is facing major disruptions due to light rail plans – is that what market disruption is?

The phrase disruption was coined by a very smart Professor at Harvard University named Clayton Christensen in a series of books which begins with The Revolutionary Book That Will Change the Way You Do Business. The term has grown something of a cult around it, but as a guiding principle it has proven so robust that it is still being studied and refined today.

Put simply, disruption is when a new product with less features or more simple features enters the market at a lower price point. Despite being inferior when compared to existing products, in terms of features and reliability, some people find it useful and buy it because its cheaper. Because it initially targets a tiny percentage of the market and doesn’t make very much money, existing companies ignore it. The product is then improved and subsequent released are useful to more people, gradually eroding the market share of more expensive products with features people are happy to live without.

By understanding disruption you can understand why government protecting big established companies from competition serves only to enrich those big companies and that ordinary folks are being prevented from getting new products that will make their lives better.

It’s a pity that the NSW Liberal/National government don’t yet understand this.

Dean Hamstead is a passionate techie and is director of XYZ sponsor ByteFoundry: www.bytefoundry.com.au