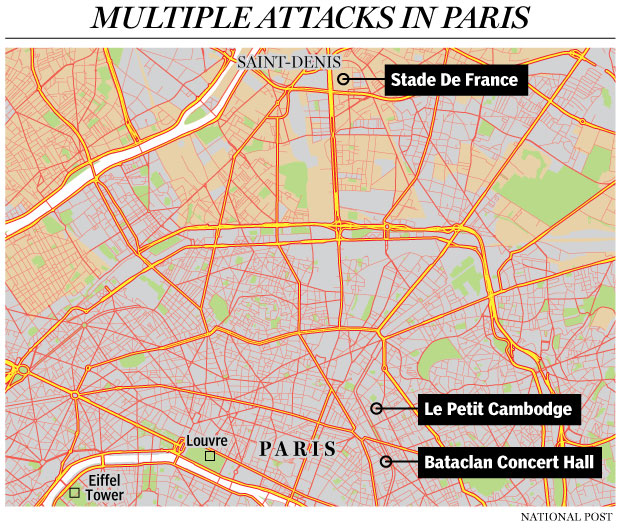 Those images of line after line of mainly fit young Islamic men streaming across the open borders of Europe look a little different now. France has closed its borders, but is it already too late? Those repeated assurances about a “tiny unrepresentative minority” and cliches like “the religion of peace” are exposed, yet again, for the fraud they are. Calls to “stop the boats” and control the borders take on a new meaning. Something appalling, something beyond shocking, is unfolding (once again) in France. The world watches, waits, and prays. There is no doubt the citizens and leaders of the western nations are horrified, but are they awake?