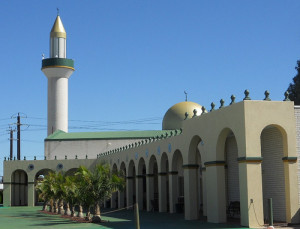 The Herald Sun has broken a massive story today.  At least half a dozen Coalition MPs, in partlicular war hero Andrew Hastie, have now publicly stated that there is a link between Islamic terrorism and Islamic ideology, that there needs to be an open an honest debate about Islam, and that those aspects of Islamic ideology which do not “cohere with the Australian way of life” need to be reformed.

These are points which The XYZ, many of our readers, and many people across the world have consistently and repeatedly pointed out.  What is crucial is that now, there are elected representatives of the people of Australia, taking a principled stand against the way that debate about terrorism and Islam is being framed by political correctness, rather than by reality.

Some other key points, which mirror arguments made by The XYZ include:

The importance of distinguishing between the ideology of Islam and Muslims themselves;

The distinction between Reformation Christianity and unreformed Islam;

The importance of asserting a strong narrative of cultural identity to counter the narrative of the jihadists;

And the connection between the teachings of the quran and the actions of Islamic terrorists, a point reinforced by the scholarly work of Anglican minister Mark Durie and the pronouncements of Egyptian President Fattah el-Sisi.

This is a huge moment in the ongoing battle of ideas which will shape this nation and the rest of the Western world for the decades to come.  We are starting to see divisions open up in the West between those countries which are prepared to acknowledge the problem with Islamic ideology, and assert their own right to a cultural and/or ethnic Western identity; and those which refuse to acknowledge the Islamic nature of Islamic terrorism, and continue to commit slow motion cultural suicide in the process.

What the regular punter can take from such news is that this battle of ideas could not be occurring at the public and official level of elected representatives without the resolve of ordinary people who are prepared to challenge the politically correct line.