An international campaign has been launched to try and prevent the crucifixion and beheading of young Saudi man, Ali Mohammed al-Nimr.

Mr al-Nimr was arrested at a pro-democracy demonstration in 2012 when he was just 17 years of age. It is reported in the Sydney Morning Herald that he has been tortured and coerced into confessing to a variety of charges, including joining a criminal group, carrying weapons and attacking police. He has since denied these charges.

The kinds of atrocities committed by ISIS such as beheadings and crucifixions are not confined to the actions of lawless terrorist organisations, but occur in many places throughout the Islamic world. A purportedly upstanding and civilised nation, Saudi Arabia has already executed 134 people this year, many beheaded in public in Riyhad’s ‘Chop Chop’ square. Scores of others have had limbs amputated as punishment for crimes in this Arab circus. Most of us are shocked by this brutality, but of course, these kinds of punishments are si 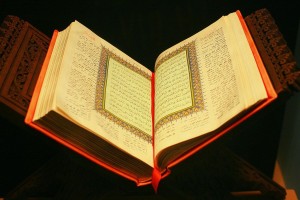 mply following the prescriptions set out in centuries of Islamic law.

Yet only a few days ago, Saudi Arabia was rewarded by the United Nations for its “exemplary” human rights record by appointing the nation head of one of its most prominent human rights panels. One wonders what the overpaid bureaucrats at the UN were thinking (or rather not thinking about) when they determined that Saudi Arabia would be a good choice to evaluate human rights issues and violations around the world.

What is being planned for Ali Mohammed al-Nimr, and other brutal actions as common as football matches in Saudi Arabia, are not the ethics and actions of a civilised nation, but rather an anti-civilisation.

Saudi Arabia has no place heading up a United Nations human rights panel. Moreover, if the UN actually did its job, it would have this wealthy and bloodthirsty Islamic kingdom up on a long list of charges for crimes against humanity.