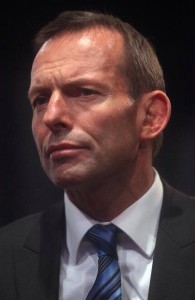 The political demise of man who has dedicated his life to service of his country, and ascended all the way to political leadership of it, will normally at least extract a tribute of sorts, even from political opponents. Labor leader Bill Shorten did exactly that, finding something positive to say about his erstwhile political rival Tony Abbott on the occasion of the latter’s axing. Shorten’s speech in parliament was one of his finest moments. His were the words of a true leader who, whilst prepared to go in hard where necessary, rightly recognised the occasion on which to show grace. No such qualities were on display when the bearded Green Adam Bandt rose to give an especially ungracious and bile-filled reflection on the Abbott prime-ministership that, rightly, emptied the parliament. Bandt’s embittered rant belonged on campus among slogan chanting undergraduates, not in the nation’s legislature. Both he, and his party, are an unfortunately spiteful presence in our national parliament that one can only fervently hope might be extinguished at the ballot box some time in the near future.

Adam Bandt excepted, most decent human beings would feel something for a man deprived of his livelihood, home, and position – just as many of his harshest critics did on the day Kevin Rudd choked back tears and struggled for breath whilst giving his especially excruciating resignation speech. The normal response of a person possessing emotional intelligence beyond that of a sociopath, when confronted with a fellow human being in obvious distress, is to feel some sorrow, and perhaps some compassion, at a purely human level; or at least, if not for the man himself, then for his family. But many of the increasingly unpleasant leftist types who populate the world of social media and the blogosphere these days are neither decent nor, seemingly, especially human. They are haters, who can find little to like about their own country, let alone to celebrate; consider their fellow citizens uncouth racist bogans; and cannot bring themselves to act in the sort of dignified manner that was once commonplace in political discourse, even among the sharpest opponents.

For an especially obscene, and potentially libelous rendition of the phenomenon, consult, if you will, the piece of excrement masquerading as journalism at the link to the New Matilda website below; wherein one especially toxic, washed up Trotskyite type, likens the former Prime Minister of Australia unfavourably to the serial killer Ted Bundy. The author is not an occasional tweeter brought in from the barricades for the piece, but none other than the owner and editor of this bilious blog. New Matilda claims, on its website, to offer “independent journalism at its best,” and says it publishes intelligent coverage of Australian and international politics.” This from a site whose owner and editor finds more to like about a man who sexually assaulted and killed more than 30 young women, than the man democratically elected to service this nation as its 28th Prime Minister.

New Matilda is neither “independent” nor “intelligent.” To borrow a famous line from that now former Prime Minister – it’s “absolute crap.”

Source: Tony Abbott And Ted Bundy: Only One Of Them Accepted Responsibility And Showed Remorse | newmatilda.com