Pondering as one is wont to do as one’s mind follows a thread of thought, the realisation hit me that I am not sure where the people these days go to open their mind, and without an open mind, how does one pursue Liberty. 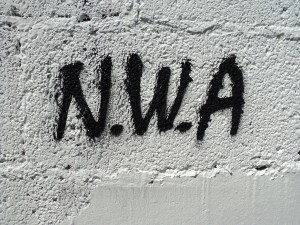 Reflecting on the impressive, though disheartening, growth in violent crime in South Africa of late, the thought that came to me was that self determination in South Africa hasn’t delivered everything it had hoped to, and as such there may be a looter mentality emerging, which is diametrically opposed to Liberty, which led me to think, why? I imagined the pop culture, lauded by bands like NWA and rappers, in which looting is laudable, women are objectionably objectified, and family values are twerked at as old fashioned.

Where is the pursuit of Liberty? How can the people in these cultures and lands open their minds? Drugs are the answer, though of course while it may open the “doors” of perception, drugs are a potential tool on the journey to mind expansion, not the solution. Now, place that idea on ice, but I struggle to see obvious liberty in the looter culture of South Africa, though they do have self determination.

Self determination sounds like a Liberty kind of idea, but again, it’s what you do with it that makes all the difference. The doing has to be influenced by intent, so where does the intent come from in such a culture? Presumably from direct role models and pop culture role models, in which case, it makes sense to find Liberty in sporting achievement or through aspects of music and politics, but I struggle to see the fertile ground for ideas to flourish, for debate to be had in engaging intellectual jousts.

Now: my mind turned to Universities and schools, those famous forums for minds to be bombarded with so many disciplines which, for the luckiest, form links with each other, as biology fractally alludes to universes, which flow into philosophical and literary fields, and unexpectedly into mathematics and economics and chaos theory and all those wonderful achievements of abstraction and extrapolation that have been explored and documented by mandkind, leading to an intricate understanding of the world around as, and an internet, and quantum leaps in knowledge.

Ah, in there must be Liberty, but sadly, how many minds eschew literature in our culture, let alone are illiterate in the world at large. How can Liberty flourish if debate is silenced before it can begin? When the attention spans are condensed and the mind dumbed by the smartness of our phones, where googling develops answers without knowledge, without understanding, without the neurological firing of our brain in a way that triggers thought, understanding and critical thinking processes, where Liberty is the reason for our guilt, where those who pursue Liberty are those we consider the worst amongst us – it is not surprising to see that these flames in the torch of Liberty are being stifled of the fuel they need to burn bright.

Go ahead, have a discussion about it today, and let the XYZ know your thoughts on Liberty.