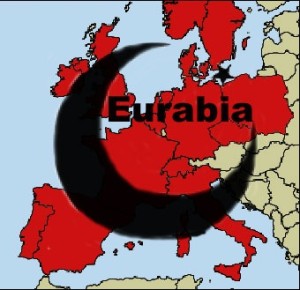 In his excellent ‘America Alone’ (published in 2006), Mark Steyn laid bare the demographic doomsday clock. The figures are well known and freely available online. In order to maintain and effectively replace itself, a culture requires a fertility rate of a minimum 2.1 births per woman. A fertility rate of 1.3 births per woman is almost certainly demographic death. European women produce, on average 1.5 births each (http://ec.europa.eu/…/statis…/index.php/Fertility_statistics ). As one researcher had already concluded in 2005 – “if Europeans want to survive, irrespectively whether there is net immigration or not, they have to increase their total fertility rate up to 2.1” (http://www.europarl.europa.eu/…/The%20demographic%20challen… ).

The low fertility rates among European women do not apply, however, to one part of the population. On average, Muslim immigrants to Europe have a fertility rate much higher than that of their neighbours. Whilst estimates vary right up to 8.1 births per woman, a fertility rate of at least 3 to 4 births per woman is the norm among Islamic women in most places across Europe. Triumphant preachers, eagerly awaiting the Caliphate, are on to this. Said Sheikh Muhammad Ayed on the weekend, at Jerusalem’s Al-Aqsa mosque.

“They [Europeans] have lost their fertility, so they look for fertility in their midst. We will give them fertility!… We will breed children with them, because we shall conquer their countries – whether you like it or not, oh Germans, oh Americans, oh French, oh Italians, and all those like you. Take the refugees!”
(http://www.theblaze.com/…/we-will-breed-children-muslim-pr…/)

That Mohamed is the most popular boys name in Brussels and Antwerp is old news now – it has been for years (http://islamineurope.blogspot.com.au/…/belgium-mohamed-most…)
Some Muslims in France are confident enough to assert publicly that France will carry the pronominal “The Islamic Republic of…” before about 2040.
( http://blog.lefigaro.fr/…/…/tandis-que-la-gauche-alerte.html )
Commentators in the United Kingdom are raising the possibility that Britain may have a majority Muslim population by 2050.
(http://www.thecommentator.com/…/the_islamic_future_of_brita… )
All of this is on purely demographic grounds.

The cheering crowds greeting the arriving migrants on railway platforms across Germany might soon be replaced by crowds cheering for other purposes. It’s sure to be standing room only for the first public beheadings in Berlin.

So which state will be the first to fall to the Caliphate? Belgium, the Netherlands, Sweden? The Islamic Republic of France, or perhaps southern France? The new Sultanate of greater Germany? Or The United Emirates of Britain? It’s only a matter of time. 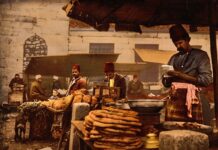