At first glance the story looked and read like a genuine news article. It was only when you got to the bit about Greens leader Richard Di Natale telling the interviewer that he and his colleagues has considered asking for the Sydney Opera house to be painted black that things got a little weird. 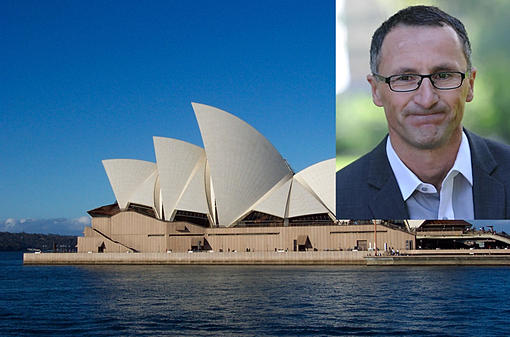 The Stately Harold reported Di Natale as saying: “I think we need to focus a lot more on openness and tolerance… I think it’s important that we as Australians actually send a symbolical, clear message that we’re open to anyone who needs help. I have actually talked with colleagues about potentially painting the Sydney Opera House black in order to show the world that we accept people of all skin colours. The whiteness of the building is a sign of archaic, racist times when Australia was full of white people without rhythm or culture. People coming over from overseas I would then be reassured in their belief that they’re welcome in our multicultural Australia.”

Although the Stately Harold is not as “stately” as it claims, and the quote is the product of someone with a fertile mind and too much time on their hands, that many will have read it as fact, rather than satire, says something about the Australian Greens, and their penchant for thinking the very worse of their fellow citizens.

One could quite easily imagine, without too much effort at all,  the much spied on Senator Hanson-Young vigorously denouncing the “colonial whiteness” of the stars on the current Australian flag, and insisting they be rainbow coloured instead. One could easily hear Comrade Rhiannon, too, having trouble distinguishing her dreams from reality, and telling the party room that fascist choirs were gathering nightly in the apartheid era Opera House to sing the Horst Wessell song. Such is the Green Left estimation of the Australian people and their history.

Fact and satire, fiction and fantasy, are never far from the surface with the Greens. This one may have been satire, but how long will be until one of them really does say of the Opera house – “paint it black?”