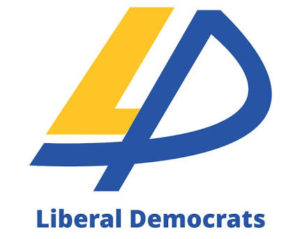 This is the second instalment in a series on The XYZ providing a brief summary, and some brief opinion, on the policies, pros, and cons of the political parties contesting the upcoming Australian federal election.  Please note that this article contains a cut and paste, and slight edit, from the Liberal Democrat’s homepage, outlining their policies.  For a more thorough overview, please visit the LDP site itself.

After thinking harder about my previous recommendation to vote Green, I will get serious and offer an alternate for your vote.

Seriously, imagine a government run by the Liberal Democrats

Imagine a government that wants smaller government, wants to eliminate the nanny state and does not tolerate the Politically Correct disease.

That is the Liberal Democrats.

A vote for them is probably a vote for why you read the XYZ. They have Keating’s vote.

From their website direct comes their philosophy and a overview of key policies well worth a read:

The LDP’s philosophy sometimes confuses those who like to apply left and right labels to political ideologies. Free trade is considered to be right-wing while drug legalisation is left-wing. Cutting tax is right-wing but defending civil liberties is left-wing.

The LDP’s philosophy is broadly described as classical liberal or libertarian, although those are not necessarily precise labels.

Libertarianism can be based on two very different philosophical starting points. Some libertarians believe that free markets and individual freedom should be preferred because they are more moral political systems. Such people argue that it is immoral to take money from people by force and to tell people how to live their lives.

Utilitarian libertarians believe that a small government will lead to better outcomes than a big government. Such people argue that libertarian solutions will lead to greater wealth, less poverty, more diversity and will generally make people happier.

Acceptance by libertarians of the rights of individuals to pursue their activities, subject to non-coercion of others, does not indicate endorsement of those activities.
————————————————-
Budget

Within a small government context, the LDP believes government should fund recurrent activities entirely through taxation and balance liabilities and assets to achieve the equivalent of zero net worth.

The LDP supports competitive federalism as it was intended by the founders of the constitution. Would encourage competition between the States in the pursuit of economic growth and development.

National defence is a legitimate role of the Commonwealth government. However, unnecessary expenditure on defence contributes to excessive taxation.

The LDP advocates an immediate end to government ownership of business enterprises including the ABC, SBS, Australia Post, Medibank Private, electricity generation and public transport services. The Liberal Democratic Party opposes the ownership of businesses by governments and the provision of services that could be provided by the private sector.

The LDP does not believe in either subsidising or unfairly taxing any particular source of energy, including nuclear. The energy market should operate in the private sector, competing in an environment of limited regulation which does not seek to pick winners.

The LDP values the natural environment within the context of a prosperous society that provides equal protection under the law and is based on respect for individual freedom, personal responsibility, small government and the defence of private property.

Equality before the Law

All citizens should be treated equally before the law. The Liberal Democrats believe a person’s sex, race, religion or membership of a demographic group should have no bearing on: criminal proceedings and sentencing, access to welfare payments, access to government services, or access to government employment and contracts.

The LDP regards the right to own firearms for sport, hunting, collecting and self-defence as fundamental to a free society. Firearm ownership should be subject to possession of a licence.

The Liberal Democratic Party believes: Aid to foreign countries by the Australian government, other than short term humanitarian relief following natural disasters, should cease. Donations by private individuals to foreign aid projects should neither be encouraged nor discouraged..

The LDP supports free international trade in goods, services and capital. It is a simple fact that Australians benefit from free trade and foreign investment. The Liberal Democratic Party (LDP) is a pro-trade party. In Australia, other small parties hide behind the rhetoric of ‘fair trade’ and protectionist populism.

The LDP supports the legalisation of use, cultivation, processing, possession, transport and sale of cannabis, with protection of minors and penalties for driving while impaired.

The Liberal Democratic Party (LDP) neither supports nor opposes gambling. It considers it to be like any other form of entertainment – a matter of choice for responsible adults.

The Liberal Democrats will drastically reduce government interference in the right of individuals to manage their own health. Policy The Liberal Democrats will: Abolish Medicare, the Pharmaceutical Benefits Scheme and funding for public hospitals, which will be transferred to non-government ownership. Introduce a medical expenses subsidy for citizens that rises as medical expenses increase..

The Liberal Democrats would increase opportunities to live and work in Australia while carefully guarding access to welfare and citizenship. The Liberal Democratic Party believes the free movement of people, within and between countries, generally contributes to greater prosperity. It believes immigrants contribute a net social and economic benefit to Australia.

The Liberal Democrats believe Australians should be free to enter employment and service contracts without government interference. The LDP would: Abolish the ban on low paid work, referred to as the minimum wage. Abolish minimum employment conditions, referred to as the national employment standards (while retaining occupational health and safety rules).

Adults must be free to make their own lifestyle decisions, including marriage, without interference by the government or any need for its approval. Policy The Liberal Democratic Party (LDP): Believes private sexual activities and lifestyle choices voluntarily undertaken by adults are not matters for government intervention except to prevent coercion and protect children.

The Liberal Democratic Party believes that the Australian child-care industry is needlessly over-regulated leading to burdensome regulatory compliance costs. These increased costs place out-of-home childcare out of the reach of average families without the assistance of government subsidies.

The Liberal Democrats believe that inflation is taxation by stealth, that the Reserve Bank should be more accountable, and that banks should be free to fail.

The Liberal Democratic Party believes that the ability to easily purchase medicines is a vital aspect of maintaining health and vitality. The availability of treatment options within Australia is currently very tightly controlled both by over-regulation of pharmaceuticals themselves and the monopoly powers granted by government to the Pharmacy Guild.

Relations With Other Countries

The Liberal Democrats support freedom of religion but oppose government involvement in religion including funding of programs based on religion and efforts to impose religious beliefs on others.

The LDP is neither pro-smoking nor anti-smoking; it is pro-choice. Just as a private individual has the right to dictate whether visitors or guests may smoke in their lounge-room or their car, so too the owner of a bar or restaurant should have the right to determine whether smoking should or should not be permitted..

The LDP believes adults have a right to end their own lives, with or without assistance, and to have access to information to help them do it.

The LDP does not generally support the criminalisation of victimless crimes and seeks to reduce the intrusion of government into these areas. Victimless crime is a term used to refer to behaviour that is illegal but does not violate or threaten the rights of anyone else.

The Liberal Democrats will modify the welfare system to foster a culture of independence and civil society without neglecting the genuinely needy.