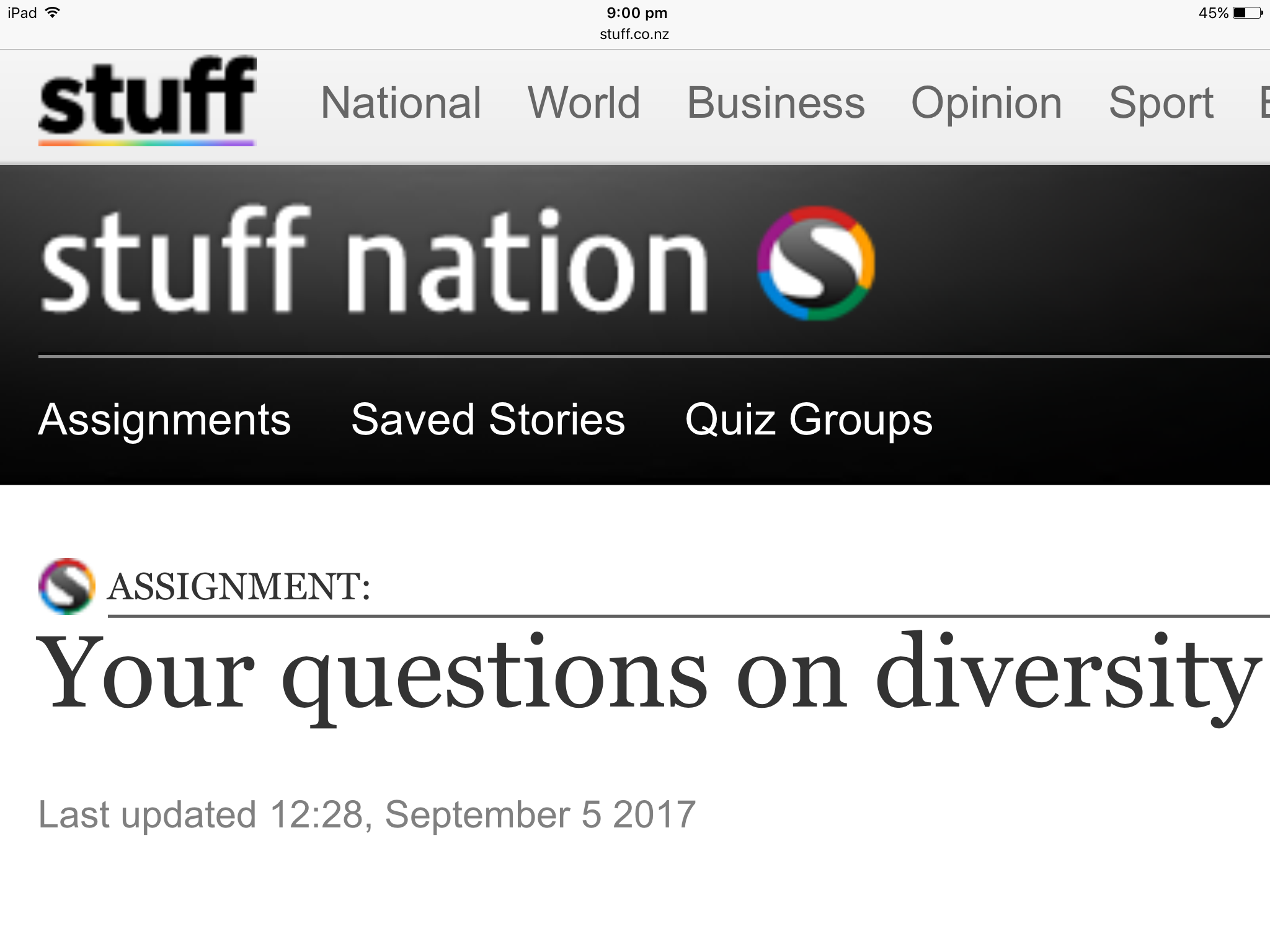 Last week Fairfax Media NZ announced it would change its name to Stuff. Stuff.co.nz being the news website of Fairfax Media in New Zealand.

As a name for a news organisation Stuff would have to be the most ridiculous. Stuff is a throw-away word used for things that are unimportant, things that have so little meaning you don’t need to name them – people talk about stuff, you can eat stuff and not give a stuff, stuff is just stuff – it means nothing.

Perhaps on an unconscious level that is why they are comfortable with Stuff as their name, because as a media company that is blatantly left-wing, biased, and closed to debate and free speech, meaningless stuff is all they can produce.

“We will not be shy about taking a stand for what is right. For us that means supporting necessary social change, such as marriage equality.”

This is the CEO publically admitting that Stuff has a social and political agenda; “taking a stand for what is right” are the words that should send shivers down any free thinking person. ‘Right’ for whom? And what right does she or her editors have to determine what is ‘right’ for us, especially since it is obvious that Stuff is run by left-wing PC feminists?

Stuff twists stories to suit their left-wing narrative. It is strongly focused on identity politics, publishing daily anti-male opinion pieces by feminists, and it has an unbridled zealous praise for Labour leader Jacinda Ardern.

When you type “Trump” into their search engine every headline is negative and anti-Trump. They are so blatantly biased, anti-conservative, and anti-right-wing they don’t even try to disguise it. 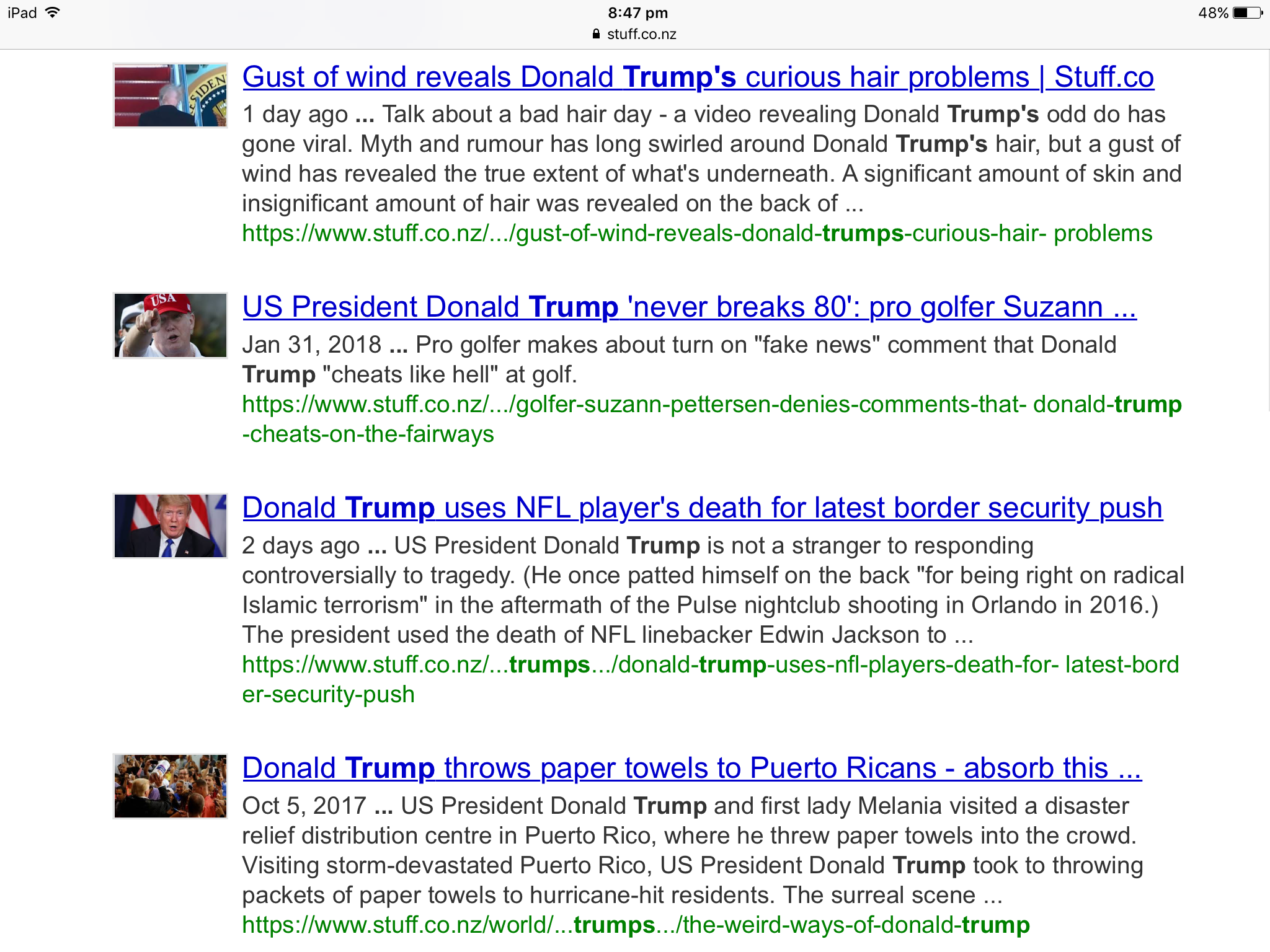 And that is the most telling thing, they actually believe they are right and doing good. Like evangelical preachers of the past they think they have the moral right to change society. They have been stuck in their echo chamber for so long controlling what is written, that they can’t comprehend what real journalism is.

Engineering social change is not the job of a news organisation. News should be information with facts, statistics and truth delivered in an unbiased way.

Stuff, being an SJW cheerleader, loves to mention diversity whenever it can in a story. I am actually all for diversity – diversity of opinion and thought. Stuff will only be taken seriously as a news organisation when they start to hire conservative, right-leaning journalists, rather than the constant stream of gender studies-indoctrinated journalism graduates.

I will leave you with an example of Stuff’s ‘reporting’ style; this is not an opinion piece but an actual news story about a woman assaulting a group of men. Look at how it is written, how the woman and men are portrayed; this could be straight from a fanatical feminist’s blog, but no, this is what passes as journalism in the Stuff newsroom:

“Woman shows men ‘what she’s got’ with a gas station brush, ends up in court“ 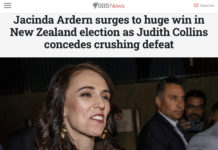