When foreigners came to Australia in the past we used to make it very clear that they were not of our own people. We even deported them in the early days of the Federation. Now if a heritage Australian points out to a foreigner that they are not one of us, the foreigner will film them, and Australia’s foreign media will portray the Aussie as the villain.

As usual they are all fat. You can even tell from the fat hand of the Asian doing the filming that she is fat too. Also, I want to pass a law mandating that anybody who uses the phrase “oh my god” with a wog accent gets deported, regardless of ethnicity.

A shopper has captured a “disgusting” racist rant against Asians.

Sydney hairdresser Linda Ha said she was shopping for her groceries in Woolworths when a lady started to stare at her in disgust.

“So I stared back at her,” she wrote in an Instagram story.

Ms Ha said the woman then walked off with her mum, still swearing at her “for no reason at all”.

“So I continued along my shop and I pulled my phone camera out so I could record how they were behaving,” she continued.

“After that she screamed, ‘f***ing stupid Asians’. She then says, ‘go back to where you came from’ and that I’m the racist one, all the while I am shopping with my western partner and having a child that’s half western.

This is the problem with mass immigration. You can’t stop people from meeting, falling in love and having kids. Hell some of them might even still want to get married. But when you pair up with someone of another ethnicity you don’t just marry that person, you marry their race too, and their culture. You will find in due course just how much that matters. If you leave, you regain your identity but you lose a big chunk of yourself. If you make kids with a person from another culture, the kid is stuck with it for life.

Mass immigration is mass psychological torture and the people responsible for it should face the consequences. 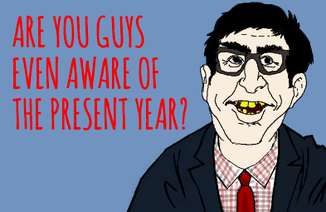 Ms Ha then included the footage where the woman, wearing a Canterbury Bulldogs jacket, can be heard swearing at her.

“Mind your own business, piss off,” the woman says.

She tells Ms Ha she is the racist one.

When Ms Ha said she heard her say f***ing Asians, the woman replies, “so what? I wasn’t talking to you”.

The woman then claims she was talking about f***ing food.

Note to the editor of nEwS.cOm, you are mixing tenses.

Highlight of the entire episode. Take the language of the enemy and throw it back in their faces. Well played.

Ms Ha then tells the woman she was born in Australia.

The filming continues as the woman calls her a wacko and mental and says she is smoking “wacky tabacky”.

A man, presumably Ms Ha’s husband, can then be heard intervening.

The woman’s mother also tries to defend her daughter.

“My daughter was talking to me and she (Ms Ha) put her nose in it,” she tells the man.

The man then tells them they are unacceptable before a Woolworths employee comes and tells the woman she has to stop filming.

The Boogaroo will be televised direct from Woolies to your iPhone. I love the lockdown. It’s making people mental, and not a minute too soon.