A Yiddish turn of phrase promoted by the Chabad Lubavitch movement is the “Pintele Yid”, which translates into English as the “Jewish Spark”. An essential question which underpins the modern manifestation of the pintele Yid is ‘If Europeans didn’t commit the Holocaust why do Jews hate Europeans?’

Firstly, the Jews’ hatred towards the White European phenotype existed long before the rise of Adolf Hitler. Secondly, some people would say the statistics asserted with regard to the Holocaust don’t match with the logistics involved with supposed mass gassing, transporting of bodies to upper floors for cremation, and the processing of bones into ashes.

In fact some people would say that the story of Noah’s Ark, or Moses parting the Red Sea are more feasible than the official holocaust narrative, which is notably illegal to question in a number of countries in the current year.

While nebulous ‘survivors’ continue to disseminate demonstrably false tropes about history, organised Jewry are using their “Jewish Spark” to ignite ignorance and thusly burn the bridges of truth. 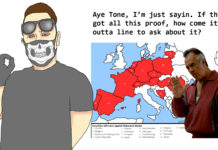 A Ryan Rant – Episode 135 – A Bigger Fraud Than Bernie Madoff 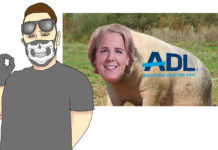 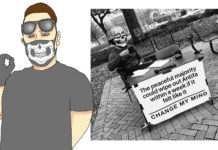