If you’ve been paying attention you’ve probably realised the Left doesn’t like our country very much.

And by that, I mean that the Left hates everything about Australia and will not rest until they desecrate, destroy and demolish everything that our ancestors built, and cremate the remains in a urine soaked Australian flag.

They especially hate Australia Day. For them, January 26th 1788 marks the beginning of the nation they loath so much and celebrates the achievements of those who created it.

I’ve written elsewhere on their absurd, pathetic and sad motivations for thinking this way, but for now it’s sufficient simply to understand that they do.

And despite being distinctly on the wrong side of public opinion on this matter their campaign to destroy Australia Day is picking up steam.

So what steps can patriotic right-of-centre Australians take to fight back? 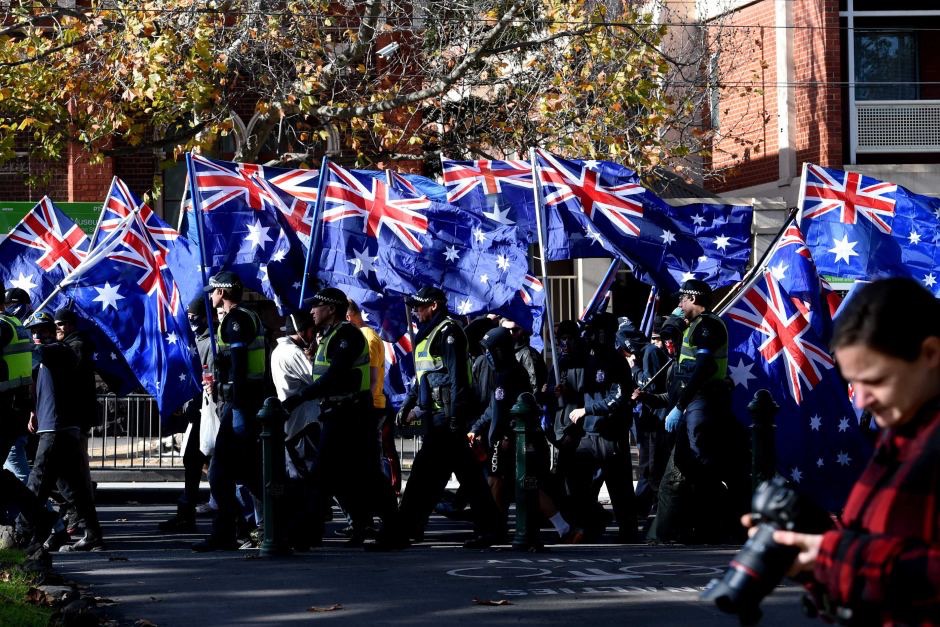 Want to know how the left gets ten thousand people to protest against their own countries’ national day? It sure isn’t because they’re all paid by George Soros. 70% of Australians want Australia day to remain as it is, yet if you tried to hold a rally to defend the date you’d probably have trouble filling a bus.

Do you ever wonder why? I know some of you do which is why I keep seeing people in the comments sections of more right-leaning outlets coming up with ever more unlikely conspiracy theories. No wild eyed, tin-foil hat wearing is needed however, the answer is pretty simple.

Do you know what the left is doing while you relax on a weekend and enjoy time with your family or engaging in hobbies? They’re organising.

If not for Australia Day then for something else; they’re out there every week of the year putting in thousands of collective man-hours of voluntary activism, making sure that they have the networks in place so that when an event comes up they can always count on a hard core of support.

The Right never does this, instead we complain on the internet, we whinge and whine and stamp our feet, we blame foreign financiers and ever more elaborate conspiracies. But the one thing we don’t do is get out in our communities, organise amongst other right of centre people, and actually try and build a base to counter the leftist equivalent that can be called upon by us in the same way as they do theirs.

I see all the time right-wingers sneer that the left has plenty of time to protest because they don’t have jobs. To a certain extent amongst the University student scene this is correct, but for the majority of left-wing activists the truth is far more disturbing.

Many Leftist activists work a full time or part time job to finance themselves and yet still manage to out-organise and outflank the Right on every damn issue, every damn time. Even worse, nearly all of them are working in the public sector, so not only are they working in between bouts of activism but you’re paying them to do so.

How many people reading this meet up with right-wing friends once a week? How many of you out there are active in local community groups? How many would need more than the fingers of one hand to count the amount of right-wing fellow travellers they know in real life?

We don’t build these networks and then when the left uses theirs to flood the streets with people and force their issues into the public eye, we sit around befuddled as to how they do it.

On so many issues there are so many more of us than them; Australia is not a nation of sickening, self-hating, self-righteous, flag-burning scumbags. But if you let the scumbags be the only ones speaking they can act as though they speak for Australia as a whole.

Too many people on the right act as though all they need to do is start a Facebook event page for a popular cause and thousands of people will show up. Generally speaking, humans don’t work that way, normal people usually only show up to a protest if someone they know is going or if they know in advance that a lot of other people are going as well.

Get organised. If you don’t know anyone to get organised with contact XYZ and we will see if we can help. If you’re lucky enough to have half a dozen right wing friends, make sure to meet up once a week or even once a month specifically to talk politics. It doesn’t need to be formal at first, just as long as you do it at all. Once you establish that meet-up you can reach out to other groups doing the same.

That is how activism is done, that is how genuine popular movements start. You can complain on the internet for the next decade while your country collapses and everything you hold dear is shredded by the sneering scumbags, or you can begin to do something about it. 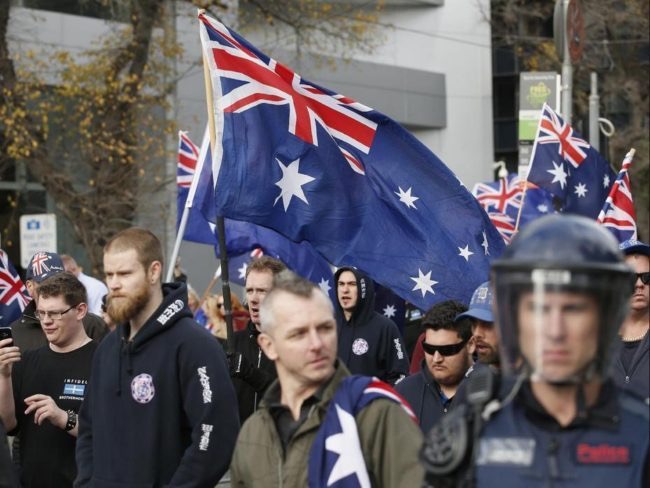 Every year as the lovely haze of Christmas and New Year’s begins to fade away, it dawns on most patriotic Australians that the Left is about to launch its yearly assault on Australia Day again.

We roll our eyes, sigh and try to ignore the leftist squawking while we prepare our BBQs and begin inviting friends and family over to burn a few snags, sink a few beers and celebrate the birthday of our incredible nation and the achievements that made it possible.

The left doesn’t start organising in January, the left is organising all year. That’s why despite being firmly on the wrong side of public opinion on this issue, they are so certain that they’re going to win.

The proper time to start organising to defend Australia Day was about ten years ago, perhaps even more.

None of us did it. I didn’t, you didn’t. We just wanted to live our lives and the idea that the demented nutcases on the university campuses waving red flags and screaming with spittle flecked fury like crazed, skinny-armed mutants would ever get into a position to abolish our national holiday seemed ridiculous and absurd.

But that’s exactly what they’ve done. I remember going to an outdoor music festival in the early 2000’s and hearing the lead singer of the distinctly leftist band Magic Dirt say in between songs how much she hated Australia Day. The crowd of mostly young, mostly urban and definitely left-leaning music fans almost booed her off stage.

If we had seen what was coming, if we had understood how fanatical the hate the left has for Australia and everything about it was, then we might have started organising right there. But we didn’t, and so now here we are.

The time we should have started is long past. The time to start might not be now, but now will do better than not at all.

The Left has a religion of sorts with which they have replaced the Christianity of their ancestors. This religion states that human society has a beginning, middle and an end where everything is destined to move in an ever more leftist direction until we achieve an impossible utopia where no-bad-thing-happens-to-anybody-ever.

This explains their confidence, their fanaticism and their imperviousness to contrary arguments. Your opinions don’t matter, because they are on “The right side of History” and you and your ideas are destined to be ground to dust beneath the wheels of progress. The fact that they allow you to exist at all is merely evidence in their mind of their virtuous benevolence.

It also explains how committed leftists go ever-so-slightly-completely-f*cking-insane when things don’t seem to be going in their direction (see: Trump, Brexit, John Howard being elected four times, Tony Abbott being elected at all).

In their minds, things not moving smoothly ever further to the left is as unnatural as water running uphill, fire not being hot or Rupert Murdoch not being behind everything. Generally their response is to run screaming out into the street in mobs, to break other people’s property and physically attack anyone who looks like they might not be sufficiently left-wing.

The point is; that just because they have this delusional belief, there is no reason for you to share it. History is not a linear progression of anything to anything. Time is not set, and there is no plan hidden in a desk somewhere that predicts society will continue to move in a leftwards direction until we fall off the edge of the abyss into total chaos.

One of the great pleasures in life is educating leftists that no, just stating that it is the “current year” is not actually an argument, and that the world doesn’t actually work according to the laughably simplistic cosmology that they’ve been taught by our wonderful modern education system.

Never give up. Don’t stop fighting for the country you love and the institutions you cherish. The enemy might seem invincible but success has made them weak. They think their victory is inevitable because nobody has ever bothered to fight back against them.

Australia Day is a day that celebrates everything they hate and everything we love, and they can never destroy it unless we let them. When the left humiliatingly lost the Republic referendum in 1999 they didn’t give up. Even ten years ago people would laugh at them for pursuing such an unpopular cause, but even then they didn’t give up. Now twenty years later they are set to have another go.

The left can’t take Australia day unless we let them. Even if they succeed in moving it there is no reason at all why we can’t just move it right back.

If we can adopt that mentality, we never need to lose again.