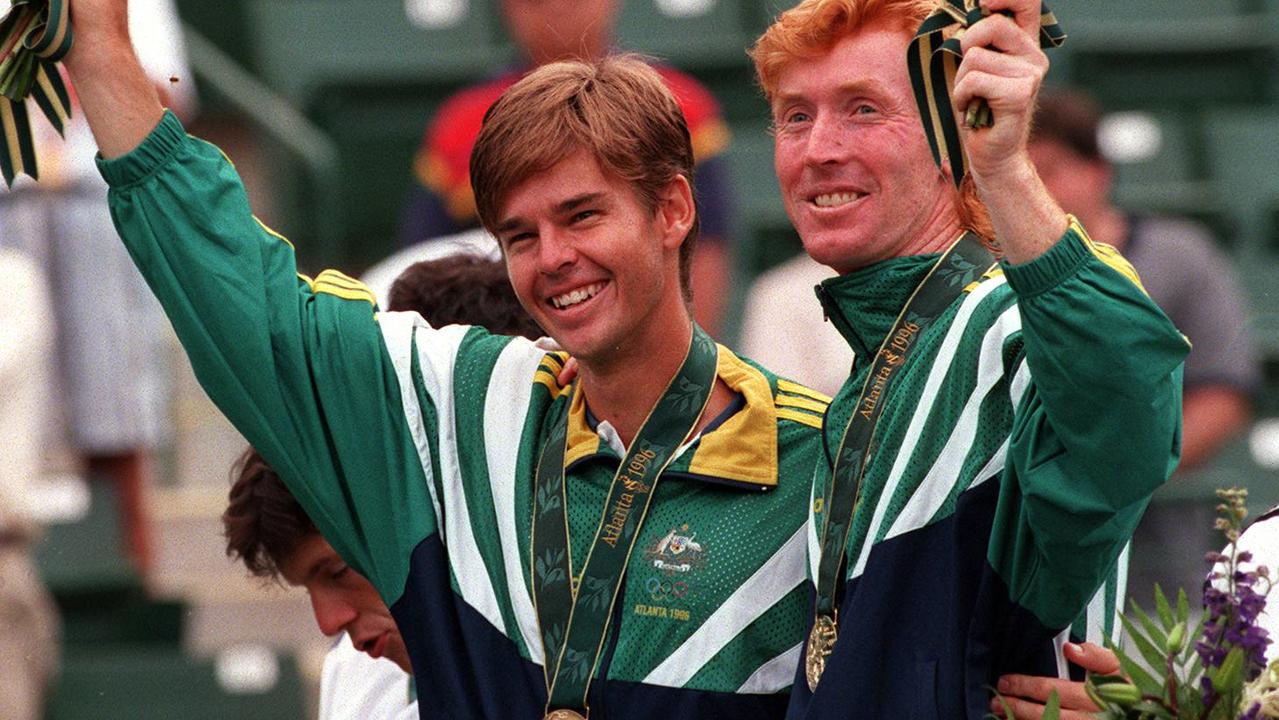 One of Australia’s most successful tennis stars is urging others to talk with their GP after he suffered a heart attack last week.

Todd Woodbridge has made a career out of his fitness but when he started doing some “mild exercise” last Thursday, he started feeling unwell.

“It felt like I had a finger pointing hard into my chest and I thought I could shake that off and breathe it out – but I couldn’t,” Woodbridge told Today.

He said the sensation started to move across his chest and he started to feel a really heavy pressure.

“I started to get the sweats, I felt nauseous. and I went sheet-white.,” he said.

The 51-year-old went upstairs and told his wife and they jumped in the car and went to his local hospital’s emergency department.

A distinct pattern has emerged in 2021 where former sportsmen who are physically active in their mid 40’s to mid 50’s have vaccine related heart attacks. Todd Woodbridge is lucky he lived.

He is almost certainly vaccinated, as he is a tennis commentator, was recently in America to commentate on the US Open, and the American government still requires people who enter its territory to be so-called “fully vaccinated”. 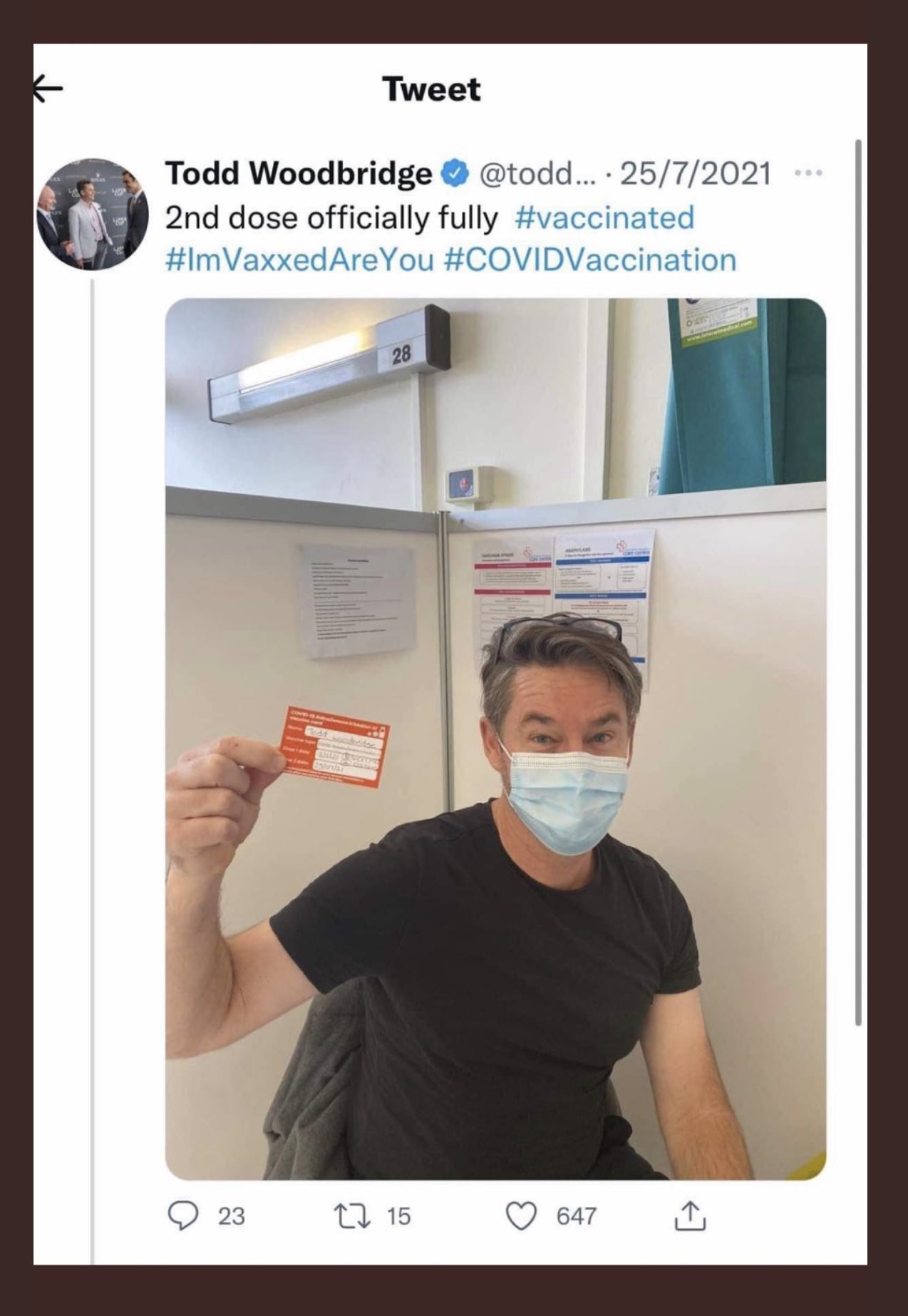 However, Woodbridge has tried to lecture us on the importance of getting our heart checked by a doctor.

Woodbridge’s doctor told him it was a mild heart attack, possibly a result of plaque breaking off into one of his arteries.

He told Today he was lucky it wasn’t as bad as it could have been, but he learned an important lesson from the scare.

He is refusing to look at the pattern and to accept that he has endangered his own health by taking the poison jab. I have seen friends and family use this cope, and I suspect this cope is playing out all over the world as mudbloods implore their friends and family to go for a health check up after their own vaccine-related health scares. 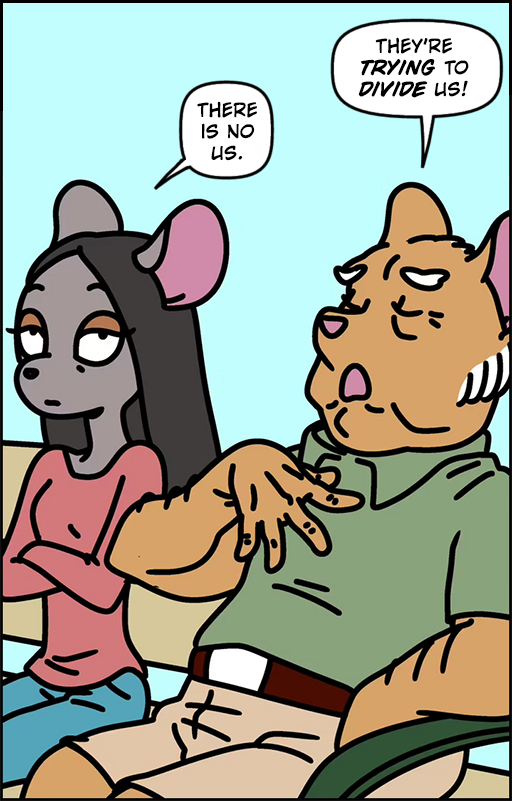 The speech bubbles could easily read:

Boomer: “You should go for a health check up. There is nothing more important to you than your heart.”

If you eat, sleep and exercise well and you’re a pureblood, you’ll be fine. Technically Todd Woodbridge is not a boomer, but he is for all intents and purposes a spiritual boomer.

A literal boomer recently had the ultimate comeuppance:

Better yet Doug, you should have been more derogative to the side that you backed which killed you, rather than being smarmy with those you decided weren’t as smart as you! https://t.co/gEGvyzzrmk

Guess we should add him to the list, too: