Notice Brett Sutton crack a half smile right at the start of this video:

Press conference with CHO Brett Sutton and Prof Allen Cheng. Talking about Monkeypox, flu, and good to hear Prof. Sutton repeating that wearing masks indoors has always been and continues to be the recommendation.https://t.co/tNTs8FDIXF

Not even the CHO of Victoria is taking this one seriously. 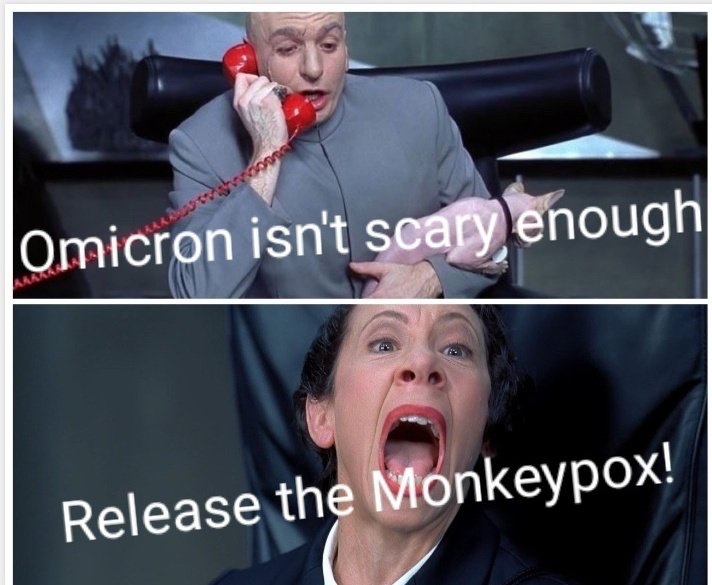 Two cases of monkeypox have been confirmed, one in Melbourne and another in Sydney.

The case in Melbourne is a man in his 30s who developed mild symptoms before returning home from London on May 16, and then sought medical attention.

He remains in isolation at the Alfred Hospital with mild symptoms.

Monkeypox is a viral infection which does not spread easily between people and tends to be mild in presentation.

Dozens of cases have been either confirmed or are under investigation across the US, Canada, Europe and the UK in recent weeks.

It has raised alarm because the disease is usually only found in west and central Africa, and rarely spreads elsewhere.

Monkeypox comes from Africa lol I can’t even.

It’s being pointed out that the Lying Press is using the same photo for different outbreaks: 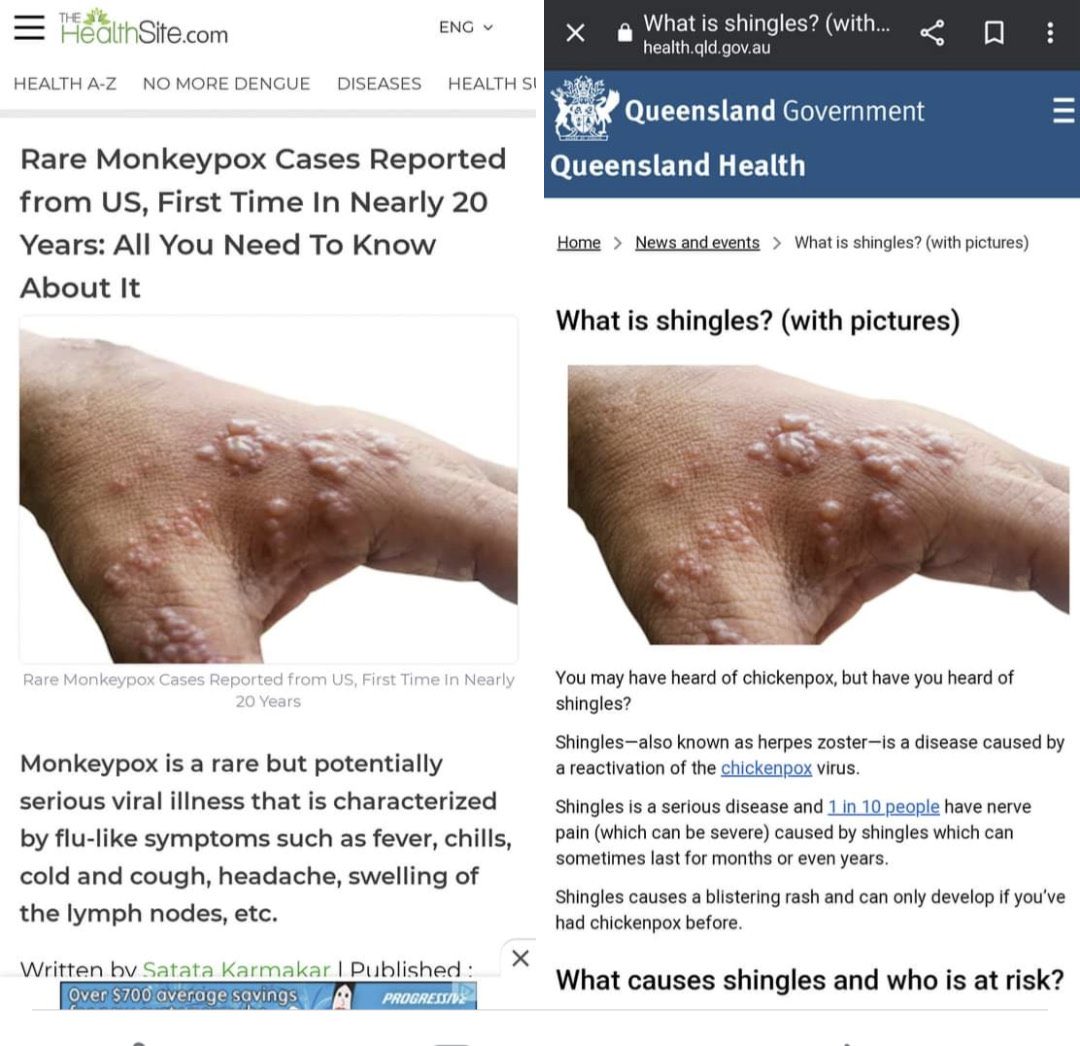 However, I suspect it’s more a case of lazy journalism. Basically, the WEF is launching scare campaigns so fast that not even their lackeys can keep up.

Meanwhile NSW health authorities have confirmed the virus has been identified in a man who recently returned to Sydney from Europe.

The man, in his 40s, went to his GP with mild symptoms several days after landing in NSW.

Funny, it just seems to be men catching this one:

“The transmission of the virus can be through the fluids, the material within lesions in those pox,” he said.

“There can also be respiratory transmission for people who are in close contact with each another… or close skin-to-skin contact.”

Professor Sutton said the risk of transmission was “not great” and described the monkeypox virus as “rare”.

Let’s have another look at that video, and scroll a couple of minutes in – it counts down backwards, so scroll to -22:40:

Press conference with CHO Brett Sutton and Prof Allen Cheng. Talking about Monkeypox, flu, and good to hear Prof. Sutton repeating that wearing masks indoors has always been and continues to be the recommendation.https://t.co/tNTs8FDIXF

“Also noted within the community of men who have sex with men.”

They’re basically doing an AIDS 2.0, creating a global panic over a venereal disease spread by reprobates.

Also note that he refused to use terms such as “gay”, “LGBT” or even “homosexual”. This is because reprobates are being normalised. Despite the fact that they define themselves literally on the basis of where they like to rub their genitals, because their degenerate behaviour is being normalised in order to destroy the family, they have for the purposes of mass dissemination been essentially desexualised.

It’s normal. They’re just like you and me. Now, let them teach your kids for 30 hours a week. It’ll be fine. 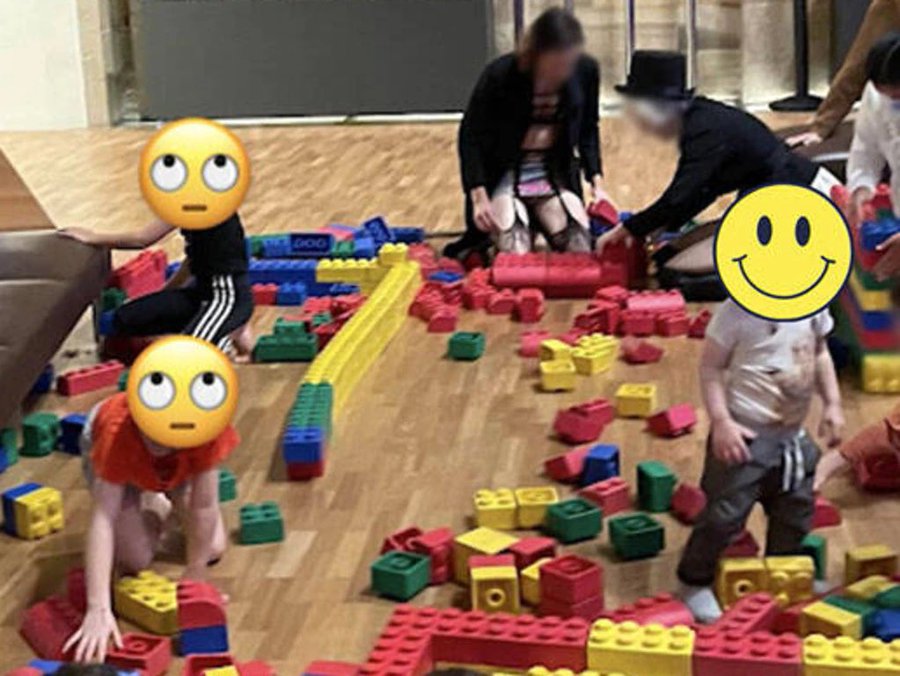 I have been saying for a while they should replace the rainbow flag with a brown one, just to make it clear what this is really all about.

Anyway, the bigger picture here is that the globalists are trying to maintain a medium level of anxiety among the population of the West in preparation for the next big bioweapon attack.

Naturally, they have already wargamed a monkeypox outbreak, with the subtle prediction of 250 million deaths worldwide.

Boom Busted Again. March 2021, NTI ran a Global Simulation on a Monkeypox Outbreak that lead to 270 million fatalities Worldwide…The Outbreak was predicted to start May 15th, only 5 days ago… Here is the Simulation Clip, it’s Event 201 all over again..Time To pic.twitter.com/QRZ9xFDgNx

The solution is always World Government.

They also predicted the starting date with such stunning accuracy. Almost like it was….a bioweapon attack. Not sure how they expect billions of people to become infected though. I guess that’s where the state-mandated homosexuality comes in.

I choose my words carefully here. Covid either doesn’t exist, or it was merely the first salvo in a series of bioweapon attacks by (((Western))) globalists whose purpose is to thin us out and weaken us so that we’ll eat the bugs.

Vladimir has basically exposed the American government as the world’s biggest bioterrorist:

Covid was most likely a bioweapon attack committed by our own governments and framed on the Chinese government. The next “outbreak” will be blamed on the Russians. They’ll probably call it borschtpox or something.

For a certain tech and biotech monopolist, it’s pure moneypox.

Whilst the rest of the market crashes it’s nice to know someone is making money .

The monkey pox vaxxine maker’s stock price is sky rocketing and started its climb before the US even ordered
13 million doses.

Too much monkey business!!! pic.twitter.com/F5xClgwu8R 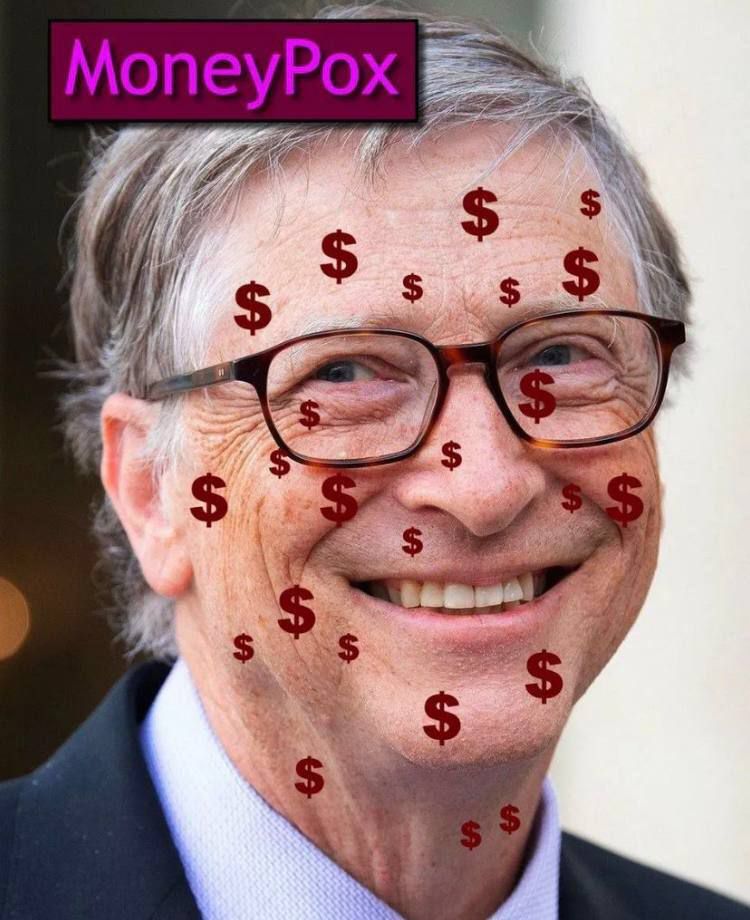