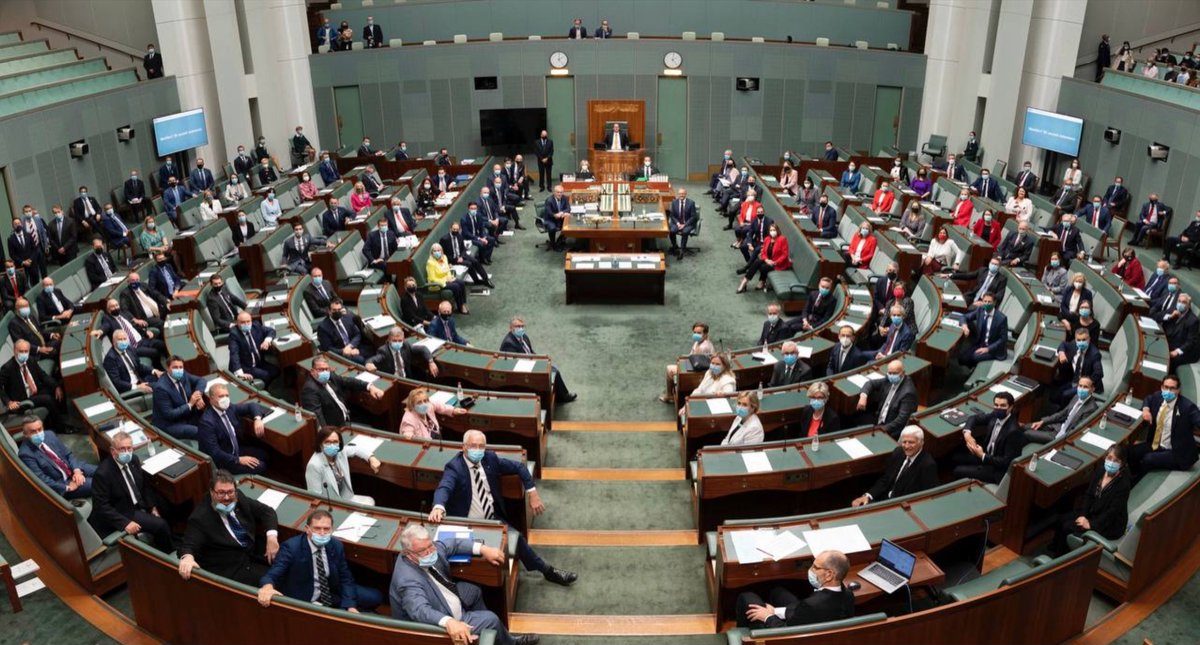 Australia will soon go to the polls for a federal election. Australians themselves will not choose to vote; they will be ordered to under direct threat of financial penalty. Australia is the only nation in the world operating under the pretext of a democracy that makes it illegal not to participate in the democratic process. Of course, by making democracy compulsory it ceases to be democratic. Democracy by name implies choice, the act of selecting. Choosing under force is coercion.

If that was the end of it then perhaps it would be palatable. But a brief examination of the two major parties that Australians will be ordered to choose between reveals that there is almost no difference at all between them. Both parties have enthusiastically adopted all of the major and minor tropes of our godless secular landscape, imposed by unelected and unaccountable behemoth world organisational bodies, and beholden only to themselves and their unseen masters.

Government actions on ostensibly trying to change the weather are now guaranteed. The time for convincing is over; the public will be forced to submit to their economic ruin as they are made to worship Gaia. The bureaucracy will expand to meet the needs of the expanding bureaucracy. Step by step your property will cease to be yours as regulations upon regulations are passed that whittle away any controls you once had for what you can do on your own land.

Farming will be in mortal danger, unless it is of the approved soy variety. Food shortages will arise which will be blamed on the enemies of the state who selfishly and criminally attempt to grow their own food and raise their own livestock in secret. Citizens will be allocated a daily dose of government approved goop, as long as their social credit score is in order and their pharmaceutical consumption up to date. Off grid will only be possible if they can’t find you and with modern technology everyone can be found and nobody can hide.

Transhumanism in the guise of the cult of the trans will become the official order of the day. There will be a new hierarchy and the trans will be at the top of it. Children will be taught that the only way to get ahead in life will be to join the cult of the trans. Your new job opportunity will depend on whether or not you have voluntarily submitted to whatever blockers or hormones they have deemed necessary for your social progress.

Abortion will take the next step to allow the murder of children up to a certain age. Great social kudos and prosperity will be awarded to mothers who offer their children in such a sacrifice, (fathers will have been outlawed long ago as an unwanted complication).

The universal basic income will be made available to all and offer perfect economic enslavement at the behest of the bureaucratic masters. You will own nothing because ownership will be made illegal and you will be happy because to admit otherwise is to be labeled as an undesirable and a threat to society. Besides, with the mandatory pharmaceutical programs, being unhappy will be physically impossible. On a spiritual level, however, unhappiness will be very much guaranteed. Your mind will no longer be your own.

The family will no longer exist as it will also be illegal. All planned children allowed to live will be the property of the state. The young will be mercilessly sorted like cattle as the state selects those that can be made of use and are no threat. Those not wanted will be killed, their bodies providing the nutrients that grow the goop fed to those allowed to continue living.

So is there no hope? Of course there is hope. We put our hope and faith in God, not in men or in their governments. Go along and vote, but do not participate in the System. All of it is corrupted, even those who claim to want to change it for the better. You cannot make a giant pile of shit stink any less; all that happens is that you get the stink all over yourself.

So yes, go and vote. But don’t tick any boxes. Just neatly write the name of Jesus diagonally across the ballot card. That is enough. Very few of us will do it but the objective is not to change the System. It is merely to stake your claim to no longer be a part of it. They sacrifice to their Moloch gods. How can we want any part of that? We choose not to. Just like we chose not to take the vaxx, no matter the pressure that was applied. In the future their pressure will increase. So be it. We’re not here for a good time, nor for a long time. We’re in God’s hands. So trust and let Him decide.