The following video has had millions of views on social media. It shows an Aussie hero standing up to a Chinese bus driver in Sydney, refusing to wear a face nappy on a bus.

Repeatedly refusing to wear a face mask, he pointed out the bleeding obvious:

He also summarises millions of unnecessary words written regarding the rights of the individual with typical Aussie brevity:

This sort of bravery should be celebrated. If more Aussies had done this the lockdowns would have lasted three days and Australia would likely have restored the institution of Absolute Monarchy.

Note the timidity of all the passengers – nobody said a word and they all looked forward, not wanting to get involved. It actually would not have taken that many people to overthrow the Covid Regime, because the same passivity with which normies submitted to Covid Tyranny would have meant they would happily have accepted a new, less “democratic” regime when it was made clear that it would basically leave them alone.

We live under a Liberal Tyranny, which tells us that because we have the option of choosing between two sets of the ruling class which have identical policies on Covid Tyranny and mass replacement immigration, ie democracy, we are free.

They are terrified that people will speak up and tell the truth, hence why the Lying Press is doing everything it can to lynch this man.

The highlight of the video was when he said “You go back to China” in an mock Chinese accent, accenting each word just to make sure she understood him. There are 1.7 billion Chinese people on this planet. They are the literal antithesis of a so-called “minority”. Furthermore, they owe their allegiance to China. 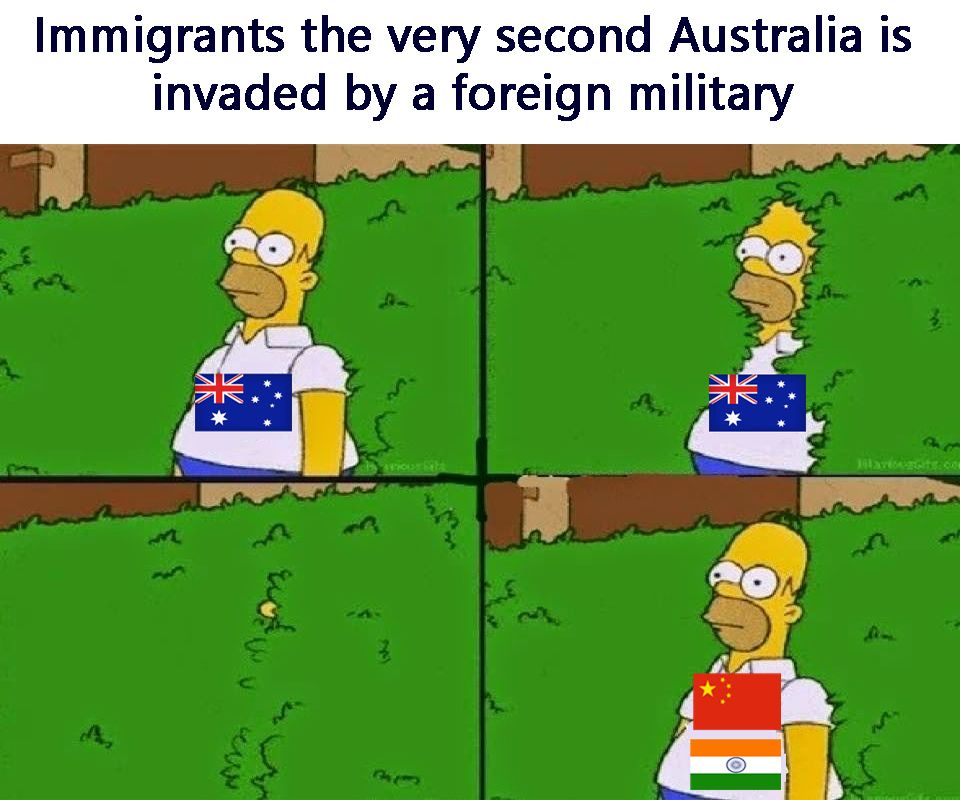 Hilariously, the Australian Lying Press is still trying to maintain the narrative that so-called “racism” against Chinese people is a bad thing, while simultaneously escalating antagonism against China for not joining in the globohomo pile on against Russia.

I will enjoy watching them twist themselves in knots over this in coming months. I also look forward to the freakout by our ruling class when Australia’s growing anti-vaccine mandate movement reaches a critical mass of race consciousness.