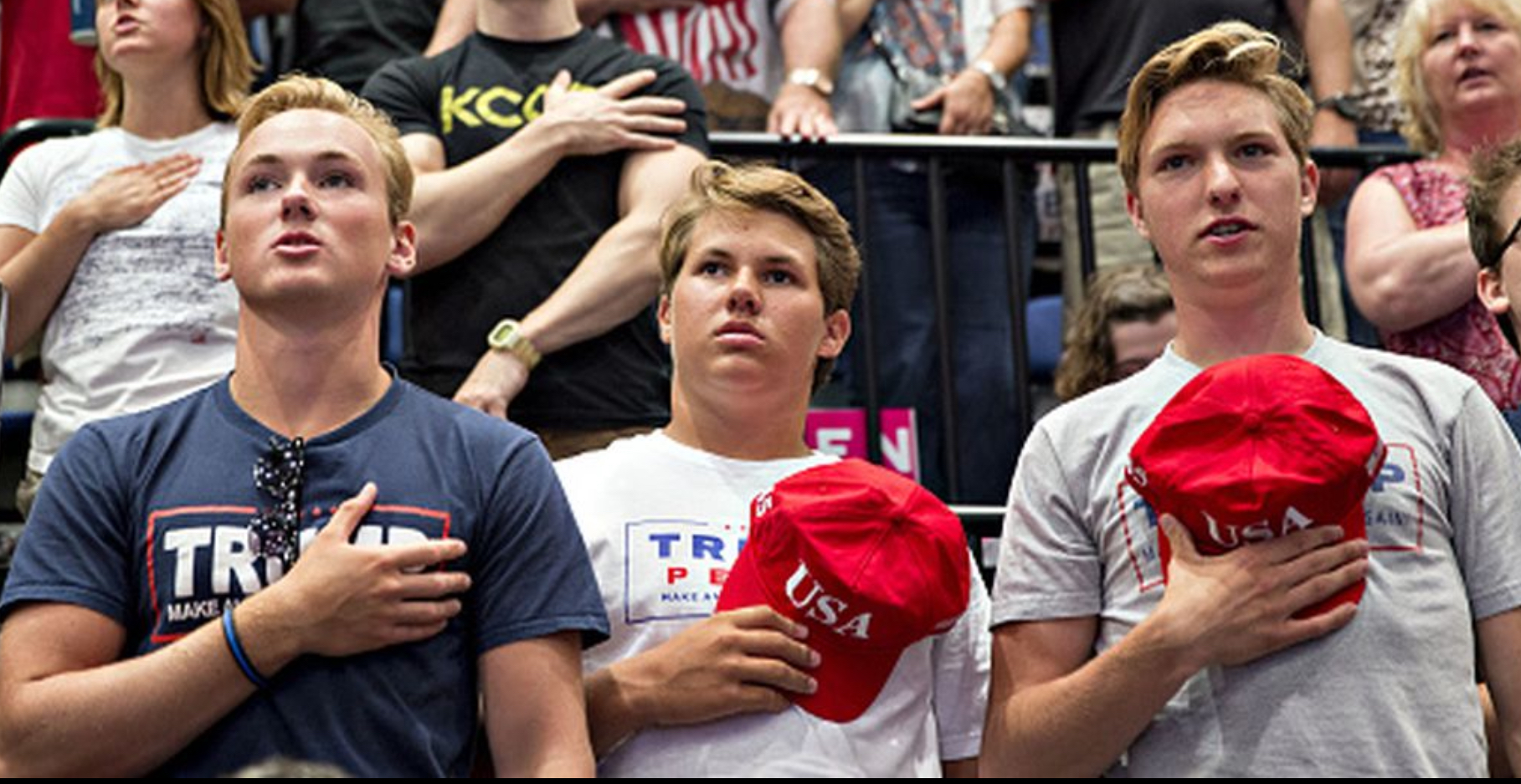 Traditionally Americans have been noted for their patriotism, even for being overly patriotic. But since at least the 1880’s ‘America’ has had multiple meanings. Its popular meaning is that America is a country, a geographical area with its own sovereign government. The other more ‘intellectual’ meaning is that America is a great experiment with no borders or limits, one that is destined to succeed.

That ‘experiment’ first began with the republican form of government. Before the French Revolution there were only two republican governments, the Swiss Confederation and the Venetian Republic. Everywhere else where republics had existed they had become monarchies. So to consciously choose to be a republic was quite radical. Americans became quite proud that their system of government survived when so many said that it wouldn’t. Which lead to a further point whereby Americans came to see that its survival meant that it was a superior form of government. The next step in human development.

But the American system of government was not formed from whole cloth. It had an ancestry and that ancestry was British. So many of the ‘unique’ features of the American system were British. The separation of the Executive (King), the Legislature (Parliament) and the Judiciary (Courts), two chambers of Congress, elections and so much more. But they also took the underlying political philosophy, Liberalism, in both its political and in its economic thinking.

In politics Liberalism was about greater freedom, because free people will make the right choices, so give people more freedom. Which is why today Liberalism is becoming tyrannical because giving people choices has meant that people are now making what it regards as wrong choices.

In economics Liberalism meant the free flow of money, goods and people. Right from the start America supported the free flow of money, Britain invested heavily in the new American republic because it could take its money in and out as it pleased. The free flow of people enjoyed great periods of success, while at other times that flow was curtailed. The one thing that it did not embrace until quite recently was free trade, traditionally America was a high tariff country.

America the idea came into being from a combination of these, the republican form of government as superior, America the land of the free and America the land of business and money making. Then in the late 1800’s it was joined by two further ideas, that America was not just a land of opportunity but also the last refuge of the oppressed. which led to the idea of the melting pot. The second idea was that America was the land of the future, free and becoming freer, rich and becoming richer, being American meant being rich and free, who could be against that?

The popular meaning remained for most people, America was a country with its own people, Americans. It wasn’t an idea, or abstract, it had a clear and distinct meaning, it was a real place with real people.

What I find interesting is that these two meanings so often overlap, often without the speaker really understanding that they overlap. The modern Democratic Party talks about America the idea but still cannot separate it from its geography. The modern Republican Party is even more confused, often alluding to America the country and America the idea in the same sentence.

Which is why they cannot see the contradiction. Allowing mass immigration shows the greatness of America, illegal immigration also shows the greatness of America. Bizarrely it makes many people proud, see how good America is, people will break the law, even lose their life just for a chance to get in. The needs of the actual American people come a distant second, because if America is an idea then how can they contribute to its greatness?

The fact that they built America isn’t enough for America the idea, America is the land of the future and past achievements are past, over, best to move on to the future. This is coupled with money, how can something that makes money be a bad thing for America?

The thought that maybe there are things that are more important than money is something that they find hard to justify.

America the idea has a firm place in America’s foreign policy, the idea that anyone can be an American is one thing, but an even more radical idea is that everyone should be an American. Maybe 8 billion people cannot live in a such a small area as the United States. So how about everyone on Earth, no matter where they live becomes an American. We saw this quite clearly in Afghanistan, although it was present in Vietnam, Iraq and in other places America has fought in. The attempt to turn them into Americans. Of course after WWII many Americans were proud of how Germany and Japan were made more American. The European Union is inspired by America the idea.

America is a county with a people, a people that deserve loyalty, but like every other White country is being shown less and less. Yet the people who show us little loyalty always expect that we will continue to be loyal to them. Loyalty to a belief can be admirable, but not when that idea means being disloyal to your own people.