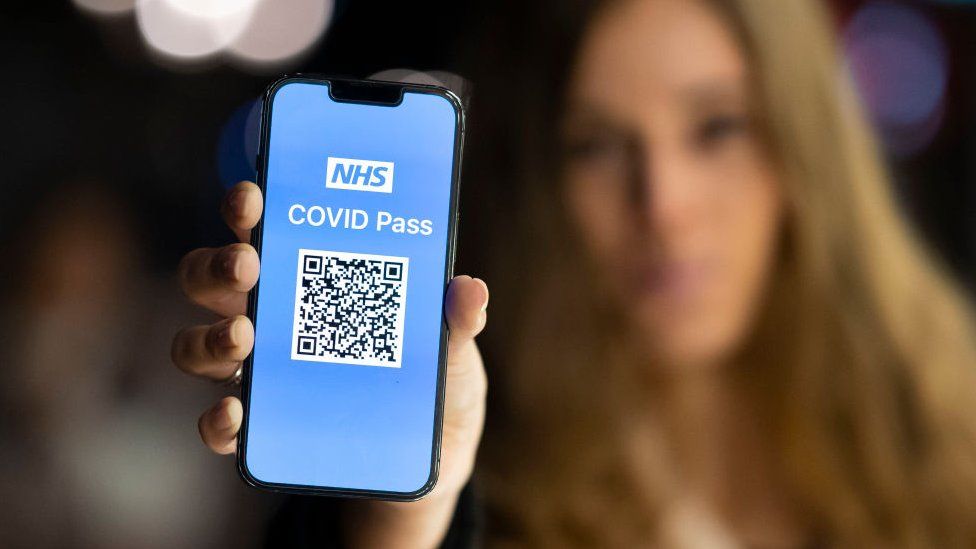 Via Vox Day, a thoughtful and prescient piece on whether we are in the end times and whether the vaxx is the mark of the beast. There is a fair bit to chew on in the article, but I just want to focus on the last two paragraphs.

You don’t have to agree with this analysis. I don’t think there is any unforgiveable act in taking the current vaccines, not at all. To say so, would be to swing the other way and do damage to Scripture. But there is a disturbing element of Beastly coercion happening, and there are many Christian brothers and sisters like myself who cannot bring ourselves to capitulate to it, or partake of it, even for personal gain, indeed especially for personal gain. Because it is for personal gain that eventually many will take the final mark. It’s not worth it. But it is more than just that, so many people’s lives are being crushed right now, and many of us just cannot go along with that. It is wrong. This coercion needs to stop.

If this is just a precursor, which most people think it is, it is time to thank God for a refresher course in flexing our muscles to say no to Beastly coercion. God is gracious, he knows we in the West have a weaker ability to resist evil, than many of our Christian forbears. So, he has graciously given us an opportunity to practice opposing Beast-like coercion. If this is just a precursor, then in my view the best thing to do is practice like it is the main game. Because when the main game does come, if it comes in our life-time, it will be far harder to say no then, if you could not now. Take this opportunity to practice saying no to the Beast.

I think that this is one of the best summations of the times in which we are currently living.

The final few sentences in particular really resonated with me. This is indeed an opportunity for all of us to practice both discernment and the act of growing some balls. The ability to accurately discern current events and the state of play is the more difficult of these two virtues, for want of a better word. In fact, the latter cannot be undertaken without the former. But I know many people who have indeed discerned the true nature of things but have not been able to act on their intuition.

The list of things prohibiting the discovery of a pair of balls is overlong and uninspiring. It ranges from being able to go and buy a coffee to keeping a job, and everything in between. It is not easy for almost any of us, unless you live as a hermit with your physical needs delivered to your door and your spiritual needs safely taken care of in some manner. I have had to make some hard choices in this time. I have had to stand up under a great deal of pressure and quietly but firmly declare that my beliefs do not allow me to submit to this poison.

I am now living in a country where I have great difficulty in going to do my grocery shopping. I have to plan alternative ways of being able to gather the daily resources I need. I have had to become both crafty and patient. Some things I just cannot buy anymore or experience. So I simply let them go. There is no other way.

This is a wonderful test that we are living through. We get the opportunity to experience soft tyranny and to see how we measure up in standing against it. More and more people that I talk to when they discover that I have refused the government poison then unburden themselves to me. Just today I had a man about my own age admit that he has not physically felt the same since he submitted to the vaxxes. He stated that he feels different in his own body. He took strength from my own position and told me that he is resolved not to get any boosters.

I have these conversations on a regular basis. People are desperate for strong examples at this time. Our willingness to stand firm then gives strength and resolve to those with whom we come into contact. And so on, and so on.