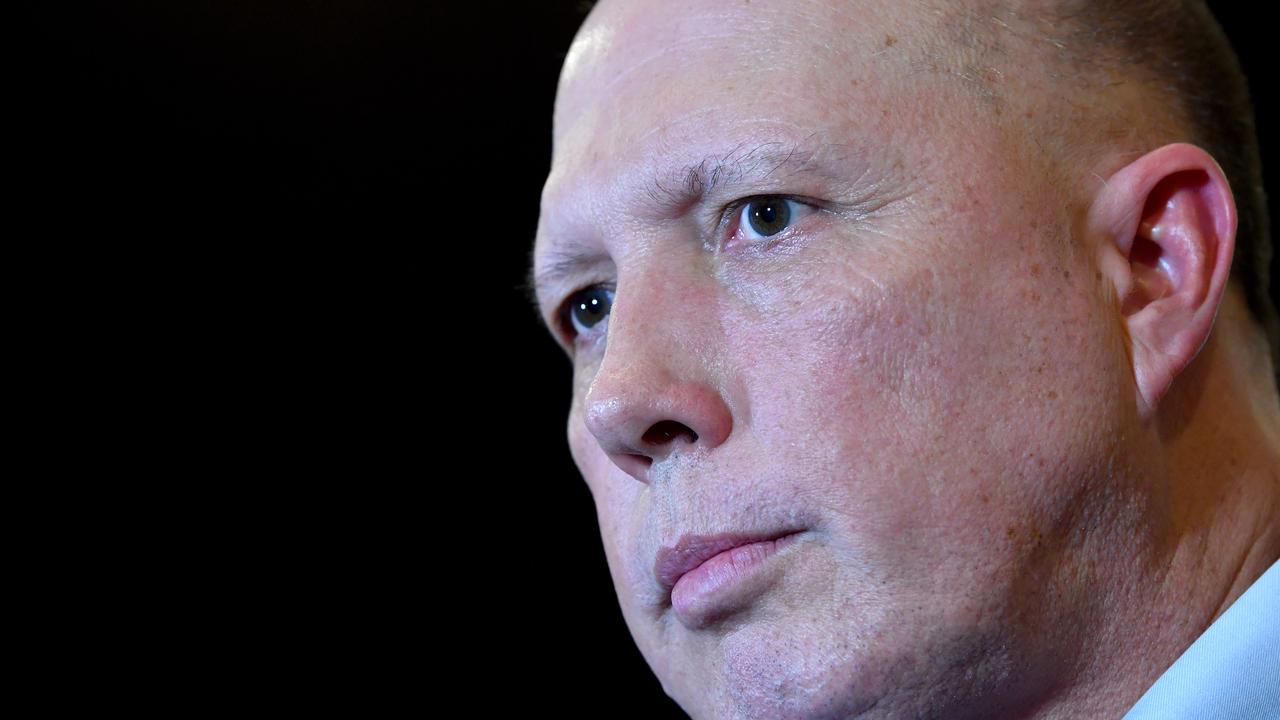 They’re only slightly off. We’re cattle:

“It’s jaw-dropping that Dutton’s so-called ‘realistic’ decision is to bring the 25 million Australians into great uncertainties, including the risks of a military conflict,” accuses state-controlled media.

In a rare media appearance on Sunday, Dutton said Australia would follow any move made by the United States.

“The Chinese spokespersons for the Communist Party are very clear about their intention towards Taiwan, nobody wants to see conflict but that really is a question for the Chinese.

“As to whether, such as in Hong Kong, they decide to do something in regard to Taiwan, in that case what is the American response and we obviously have an alliance with the US, that’s been in force for 70 years – so we need to be realistic about that.

“We’re also a small population of 25 million, and we need to make sure we have the best friends in the world, and we do.”

The best friends in the world, led by Grandpa Poopy Pants: 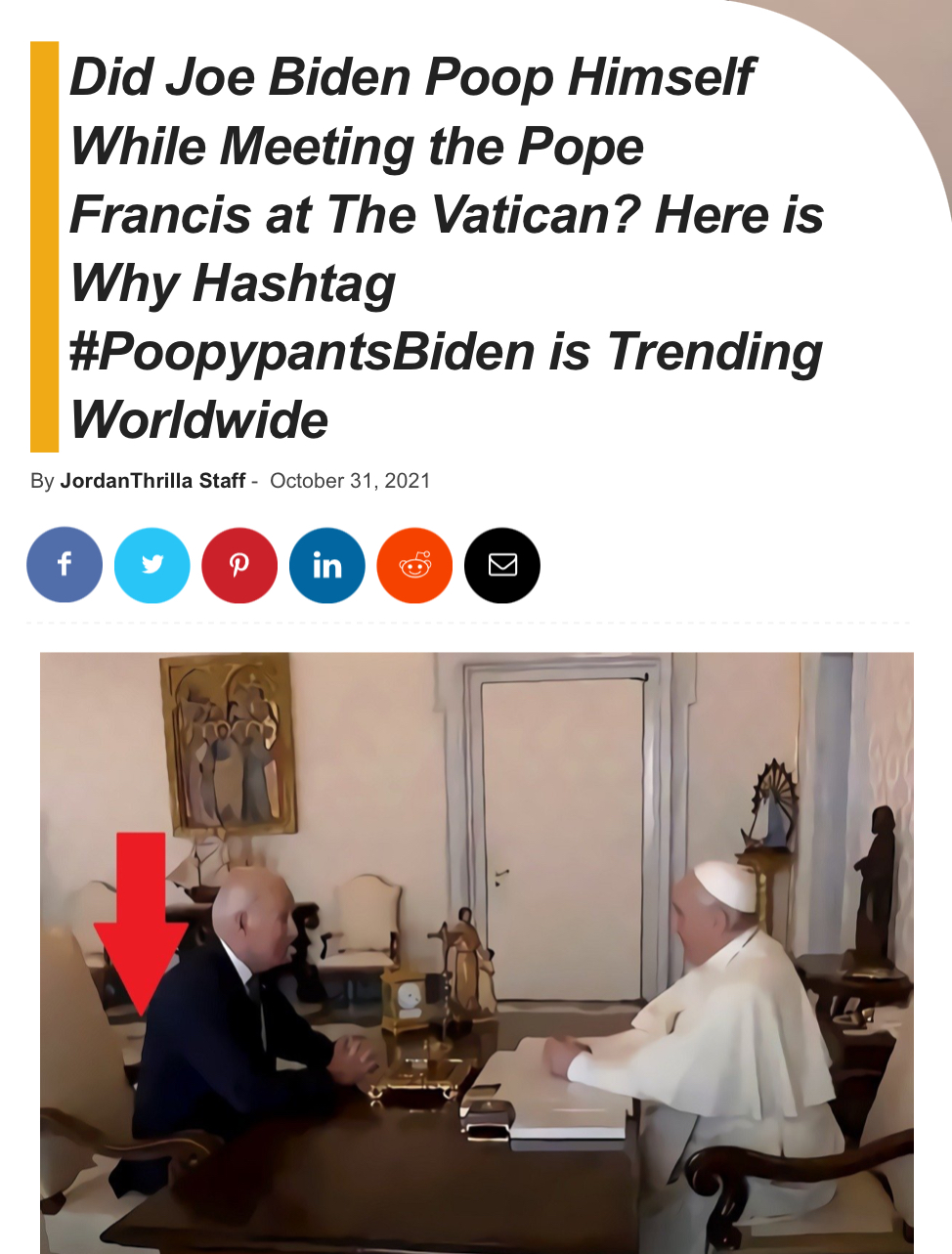 Dutton, first of all, has called white black. The current cross-Straits tensions are caused by the US constantly provoking China’s redline on the Taiwan question and inciting secessionist forces on the Taiwan island to confront the Chinese mainland.

Although he didn’t put it bluntly, Dutton was actually saying Australia will follow the US in flaring up the Taiwan question. It’s jaw-dropping that Dutton’s so-called “realistic” decision is to bring the 25 million Australians into great uncertainties, including the risks of a military conflict.

Some senseless Australian politicians have been talking about a potential military conflict with China and pushing Australia to make war preparations. Hyping the possibility of war is easy for a reckless politician, and may help score some cheap political points. But does it make any sense?

When asked what role US allies in Asia Pacific can play if a war breaks out over Taiwan between China and the US, Scott Ritter, a former US Marine Corps intelligence officer, told the Global Times in a recent interview that currently there is no role that Australia can play. Australia doesn’t have a military capable of winning a war with China and its economy couldn’t survive a war with China. “They’ve got six submarines, they can put four of them into the water and China will sink all four in a week,” Ritter said.

The Morrison government has gone beyond words, but made real war preparations: As a non-nuclear state, it has taken steps to pursue nuclear-powered submarines through a new trilateral enhanced security partnership with the US and UK. It is also moving to produce its own guided missiles. All are worrying signs that deserve vigilance.

Realistically, Australia should have developed nuclear power stations decades ago and we should have a nuclear arsenal to rival any in the world. But we didn’t, so we’re screwed.

Here is the context of China’s “cannon fodder” taunt:

Dutton called allies such as the US “the best friends.” But a genuine best friend won’t instigate Australia to confront the latter’s biggest trading partner and its top export destination, nor will a true best friend attempt to weaponize Australia, encouraging it to become cannon fodder in a military conflict with China.

From a strategic perspective their analysis is correct but it misses the main point. They do understand the main point, but they understand that it is better left unsaid to avoid awakening the enraged Saxon. Let’s flesh this out.

Australians had a very nasty scare during World War 2 when the Japs pushed their troops within a few hundred miles of Port Moresby and had a fleet of aircraft carriers a few hundred miles off the Queensland coast. The most obvious product of this scare was Australia’s Alliance with America, following it into nearly every military engagement during the Cold War.

Historians today point to the fact that America took over from Great Britain after WW2 as a world superpower defending democracy and they refer euphemistically to “cultural” ties and similar “values”.

The other product of our very nasty scare was that Australia’s leaders recognised the need to grow our population, our industrial capacity and national infrastructure, which we did. So regardless of the merits of WW2, Australians made more or less the right conclusions from the war and took more or less the correct response.

When we joined America in its wars in Asia against Communism it was very clear what we were defending and what we were fighting against. The fact that resistance to these wars grew in Australia and America is an indication that this foreign, godless ideology was taking root in our lands.

This was the first indication that we were losing on the home front. The other indications only became apparent in recent decades. When Australia’s politicians stated that we must “populate or perish” what they meant was that we needed more Australians, more White, Anglo Australians, to give us a big enough population to counter the ballooning populations in Asia. But somewhere along the way our leaders saw fit to just import those ballooning populations into Australia.

To make this clear, we imported the populations against whom our entire foreign, economic, industrial and immigration policy was originally intended to defend against.

This brings us back to Taiwan. Backing the American alliance to ensure the independence of Taiwan made sense the 1950’s when Australia and America were White, Christian nations striving to defend the last Chinese holdout against the encroachment of godless communism in Asia.

In the 2020’s, both Australia and America have become godless, communist, multicultural shitholes on the verge of collapse. The defence of a small Asian country against a bigger Asian country makes zero strategic sense to a dwindling Australian population which is being deliberately replaced with Asians by our own government.

The globalists in Aussie clothing who run our government still bang on about the American Alliance, but they have for all intents and purposes destroyed everything it once stood for. Australia has already lost. Taiwan is already lost.

Aussies will not be cannon fodder for this.