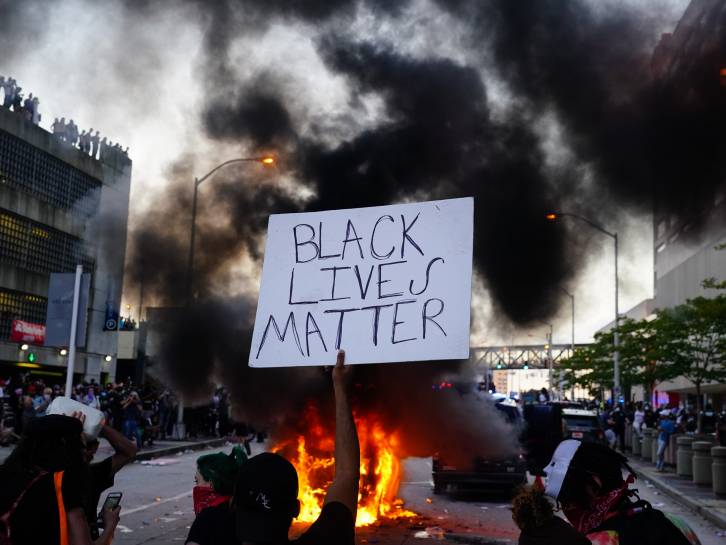 After a prolonged campaign supporting, colluding and rationalizing the carnage unleashed by race rioters in the summer of 2020, Democrats in Congress have suddenly tossed Black Lives Matter and Antifa into the garbage bin.

Earlier in the night, Hawley took to the floor to present an amendment that would provide federal funding for local departments to hire 100,000 new police officers.

Hawley, who was likely expecting the “defund the police” Democrats to vote against him, was astonished when Democratic whip Dick Durbin not only enthusiastically agreed to support the program, but even credited Joe Biden with coming up with the idea during his time in Congress.

Durbin is referring to the COPS program that Biden wrote into the ’94 crime bill , which both Trump and the Democrats derided as racist during the 2020 election. Hawley’s amendment was passed with a landslide vote of 99 – 3, the three opponents being Utah Republican Mike Lee, Pennsylvania Republican Pat Toomey, and Bernie Sanders.

Then, in an even more overt rejection of Black Lives Matter, Tuberville’s amendment to withhold federal dollars to cities like Minneapolis and Portland which are experimenting with defunding the police was passed 99-0, with every Democrat — led by Corey Booker — voting to support it.

Both Tuberville and Hawley were expecting their performance on the floor to be publicity stunts. The GOP is planning to campaign against the alarming rise in violent crime in the midterms, but the Democrats are now engaging in an aggressive campaign to suppress the extremists in their base in order to take the Republican’s only potentially strong issue away from them.

While pragmatic on the surface, establishment liberal media is rushing to contain the looming backlash from black groups and anarchists. When the GOP betrays its voters, conservative media likes to present it as “owning the libs.” At Raw Story, a rapidly published piece sought to paint a similar idiotic narrative by painting the pro-police votes as “owning the cons.”

The official Twitter account of Black Lives Matter isn’t buying it. In an enraged tweet storm, the group called the Senate votes “an attempt to put our movement in check.” They ended their statement by writing that “this is the time to sound the damn alarm. We must show these folks that WE hold the power.”

The brief lapse of sanity, however, is for now non-binding and could be dismantled in the House. Nevertheless, the gesture is symbolic and could lead to a serious conflict between Democratic politicians and the fanatics they have helped unleash on America.