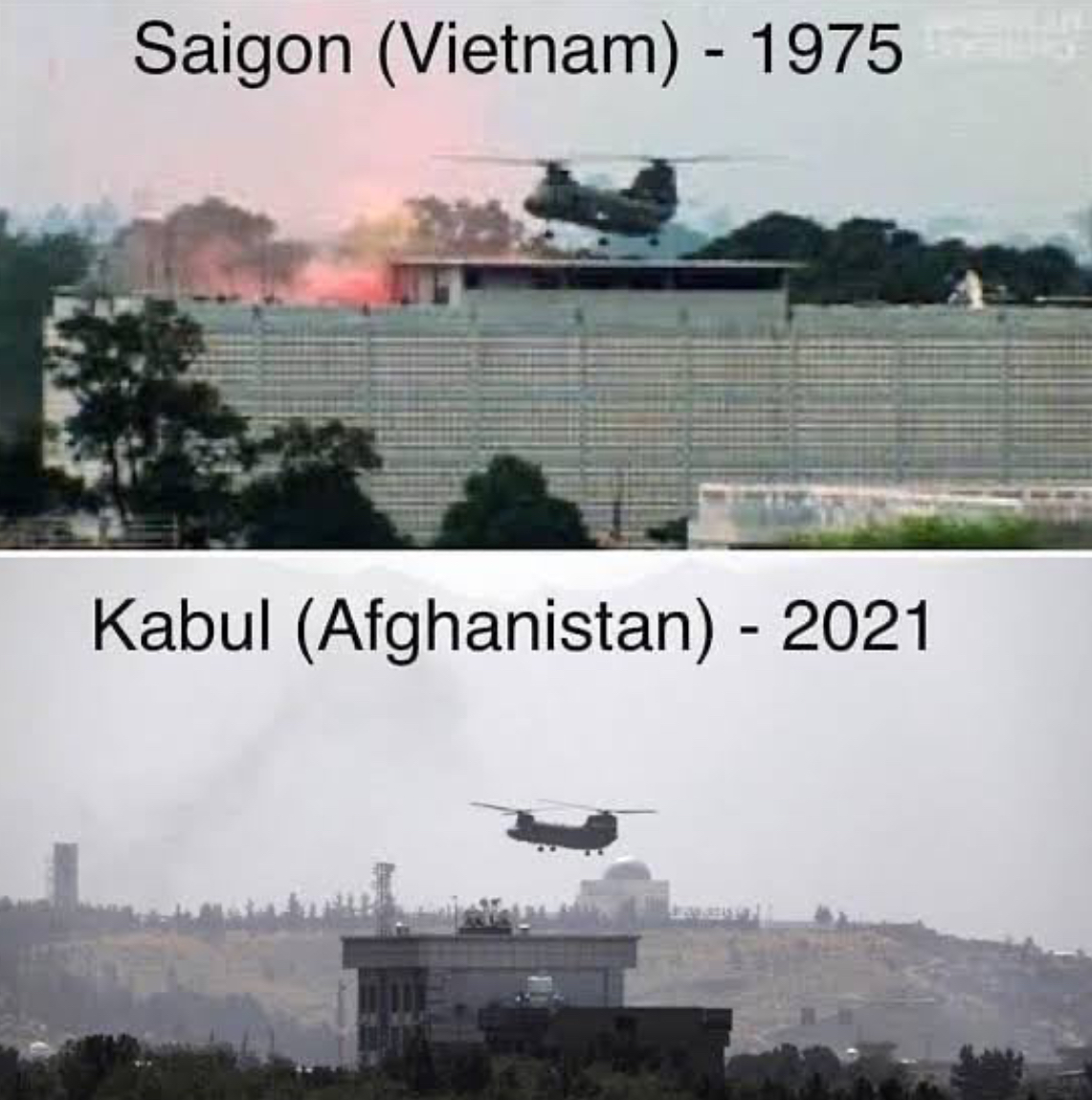 Obviously the interwebs and the media have been full of the military catastrophe that the United States has suffered in Afghanistan since the you know what hit the fan last Sunday. Much angst has been spewed out and even the notorious left wing media machine has been having a go at president-inept Biden, although going by his dedication to ice cream cones at the expense of say a coherent response to the matter at hand, I doubt whether he will be propping up the top job for much longer.

But is Biden actually mentally retarded at this point or does his attitude reflect a general disconnect across the American political spectrum. Based on what I have seen thus far, I am beginning to suspect that it is an equal combination of both.

Take this social media post from Republican representative Marjorie Greene, (is it even remotely possible for women to have reasonably spelled names anymore??) 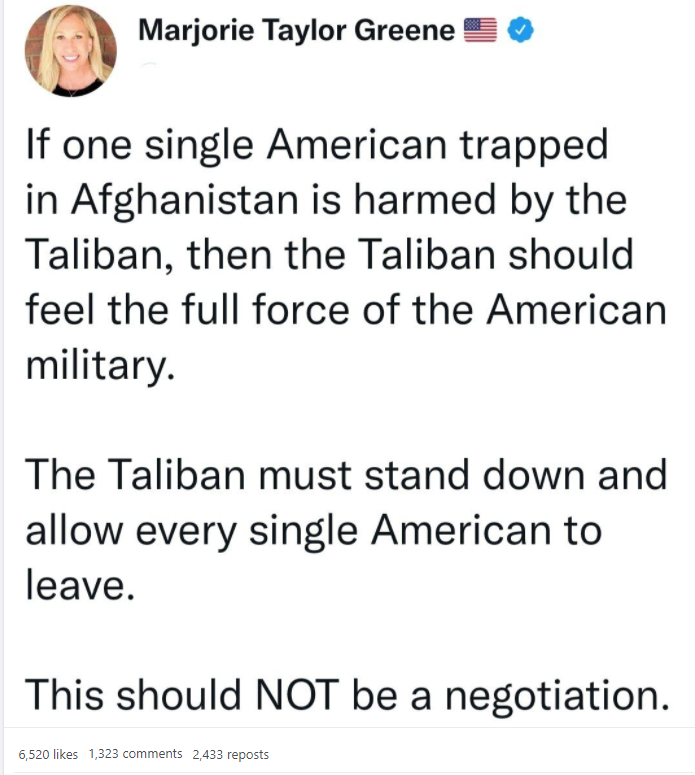 This was on Gab. Check out the number of likes and comments. If you have any familiarity with Gab, those sort of numbers are about the highest an individual can generate on that platform. So a lot of people are in agreement with this nonsense.

And nonsense it most certainly is. Let’s examine each sentence in turn.

The Taliban have already felt the full force of the US military for the last twenty years. And they delivered it a resounding defeat. This is so obtuse that it makes Biden look like a certified genius. What sort of nation feels the right to make demands of this sort to another government of whom it has only just run away from with its tail firmly between its legs? Perhaps the Japs could have said something similar at the end of the Second World War.

[Must be said out loud with a very racially aware Jap accent]:

If one single Japanese trapped in Burma is harmed by the Allies then the Allies should feel the full force of the Japanese military!

I presume that if such an inanity had indeed been uttered then the Allies would have probably responded with a very long yawn while continuing to blow up any trapped individuals at their leisure. It would most certainly have been the source of much mirth.

The second sentence is even better, which is hard to believe is possible. The Taliban must stand down? After they just won the war, kicked you out and captured all of your military hardware which you left behind in your undignified rush for the exits? What planet are these people on? Do the Americans even realise that they have just lost a twenty year war against tribal insurgents? Again?? Tone deaf doesn’t even begin to cover this blather.

Sentence number three is the icing on the cake. Have you heard that, you Taliban naughty persons? This is NOT a negotiation. You have been told by the great school marm herself. Why, those Taliban dudes must be shaking in their boots so hard that the movement of their beards is causing all the wind turbines in the world to actually be cost efficient.

Marjorie Greene is described as being of the far-right and a conspiracy theorist. We also know that Greene is an intellectual dimwit. We know that she is a dimwit because she is a woman in politics and all women in politics are dimwits because no matter what the situation is, they always respond with their fee-fee feelings. But look at how many Gab users liked this rubbish. It’s beyond belief. They all think the same way as this cretin. Maybe they’ll organise a parade for their victorious troops. Grab the confetti, Marjorie! The boys are back in town!

Listen America – you’re not the biggest and the bestest and the greatest and the invinciblest anymore. Your shock and awe is just a distant memory. Now it’s more like cock and bore. Your exuberant self-belief in your own righteousness and superiority just makes you look ridiculous and weak. America is Will Farrell running down the race circuit convinced that he won the race when he actually lost. It is Ben Stiller as Zoolander making an acceptance speech for a modeling award that he also just lost.

America has become its own parody.