Recent discussion as to whether or not the journalist Walter Duranty should be stripped of his 1932 Pulitzer Prize for intentionally misreporting The Holodomor rather reminded me of an occasion when I was visiting Lviv in Ukraine and was sitting in far too close proximity to an American Jewess who was pontificating to two rather naïve fellow Americans about how her family had been mistreated by the local Ukrainian OUN-B when the Germans entered the city on the 30th June 1941.

An experience the harpy was recounting without providing any context, like the fact that according to Ksenya Kiebuzinski and Alexander Motyl in their book The Great Western Ukrainian Prison Massacre of 1941 (2017), the predominantly Jewish led Soviet NKVD had in the week following the launch of Barbarossa slaughtered anywhere between 10,000 and 40,000 Orthodox and Catholic Ukrainian captives being held in Western Ukraine.

The fork tongued ‘victim’ also ignoring the re-imposition of the pre-war totalitarian control by the Stalinist secret police after World War Two, the mass execution of so-called “bourgeois Ukrainian nationalists”, and the deportation of hundreds of thousands of “suspect people” to the Gulag complexes of Karaganda on the freezing Kazakh steppe.

Her bias extending to conveniently ‘forgetting’ the Ukrainian opposition to their brutal suppression and the formation of anti-Soviet partisan groups led by people like Roman Shukhevych who was killed in 1950.

Likewise choosing to turn a blind eye to the renewed forced Collectivization drive so reminiscent of the failures of the 1920’s and 1930’s that resulted in the murderous treatment of the Kulaks, and the atmosphere of mass terror under Valery Gruzin’s Cheka, exemplified by the imprisonment of the relatives of patriots like Stepan Bandera who was himself eventually poisoned by the KGB in Munich in October 1959.

Situations repeated all across the Baltic and Eastern Europe with the likes of Shustin, Novik and Zitron replacing native Latvians and closing Christian churches whilst leaving synagogues untouched, torturers like Hoffe, Tuch, Gluckman and Stella Schliefstein heading Death Squads, Samuil Mchelson enacting purges under the codename The Disobedient in Estonia, and nearly 10% of entire Baltic population being shipped off to Siberia.

All of which brings me circling back to the Cambridge educated Duranty who had privileged access to Joseph Stalin during his twelve year stint in Moscow and wrote articles in The New York Times and the New Yorker in the early 1930’s that downplayed the genocidal starvation of the Ukrainian population and contradicted the accounts by Welsh journalist Gareth Jones, claiming they were a “big scare story” and that conditions in the country were:

“Bad, but there is no famine… No actual starvation or deaths from starvation, but … widespread mortality from diseases due to malnutrition.”

Duranty’s mendacious lie, just like the propaganda we see spewing from the press today, easily overturned by the facts and with a little digging it is plain to see the reasons why he took such a line. For there are several linguistic indicators that the name Durant (y) is closely linked to the Jewish communities in Spain and Portugal. Those who were coerced to convert to Christianity in the time of Ferdinand and Isabella’s expulsions but secretly continued with their faith in cabalistic enclaves in southern Europe. Our erstwhile journalist then was very possibly a descendant of people with very little affection for European nationalists but a great deal of sympathy for his erstwhile kith & kin heading the Marxist-Leninist Regime in the Kremlin, as acknowledged by Jerusalem Post journalist Seth J. Frantzman in his article Was the Russian Revolution Jewish? (15th November 2017). Something we see repeated time and time again. 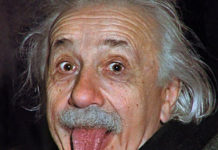 Why Einstein is a Fraud 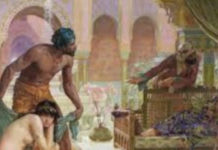 Slavery and the Not-So-White Slave Masters 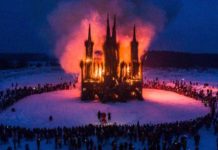