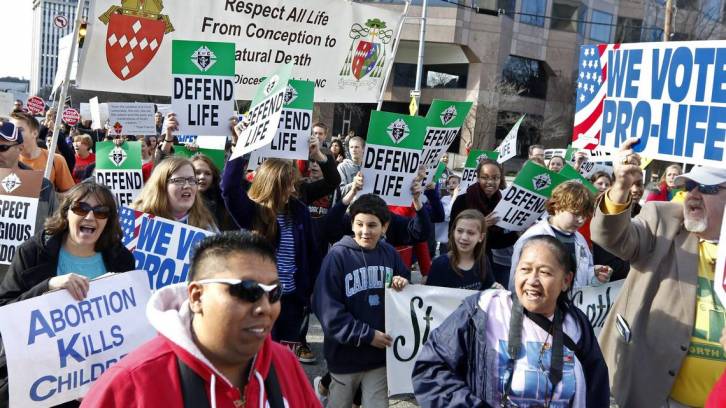 The Human Life Nondiscrimation Act, or House Bill 453, would force doctors and abortion providers to reject women that express a desire to terminate a pregnancy for racial or eugenic reasons.

Survey’s show that the majority of women who obtain abortions do so because they do not want or cannot afford another child, and this will remain legal if HB453 passes.

In practice, the bill will not prevent most abortions, but is instead intended to force women to carry down’s syndrome pregnancies to term even when these complications are discovered in the first trimester, as is usually the case. This will likely have the effect of discouraging women, especially those who are older, from having children even further. Women who abuse abortion as a substitute for birth control or to continue their careers will not be effected.

On the question of race, if one of the thousands of white women raped by blacks every year in the United States does not carefully phrase her reasons for wanting to have an abortion, the physician she personally confides in would be legally mandated to refuse her. This is also the case for the more common problem of white prostitutes and drug addicts becoming pregnant with exploiters of another race.

There are fewer abortions today than in 1973, the year of the Roe v. Wade decision. The reason is largely due to a sharp decline in sexual activity among young people and advances in birth control. The record low fertility rate in the United States will only drop further if women are legally forced to have severely disabled children. In August 2020, only 0.5% of voters told Pew that abortion is the most important problem in America.

Last week, a federal court decided a lawsuit by left-wing activists challenging North Carolina’s ban on abortions after 20 weeks would be able to proceed. The timing of this HB453, which is extreme in the other direction, is no coincidence.

The overwhelming majority of Americans support banning abortion after the first trimester. Public opinion leans against the practice of abortion in general, but it is likely that laws forbidding early termination in cases of down’s syndrome are bound to polarize people away from supporting the anti-abortion mission.